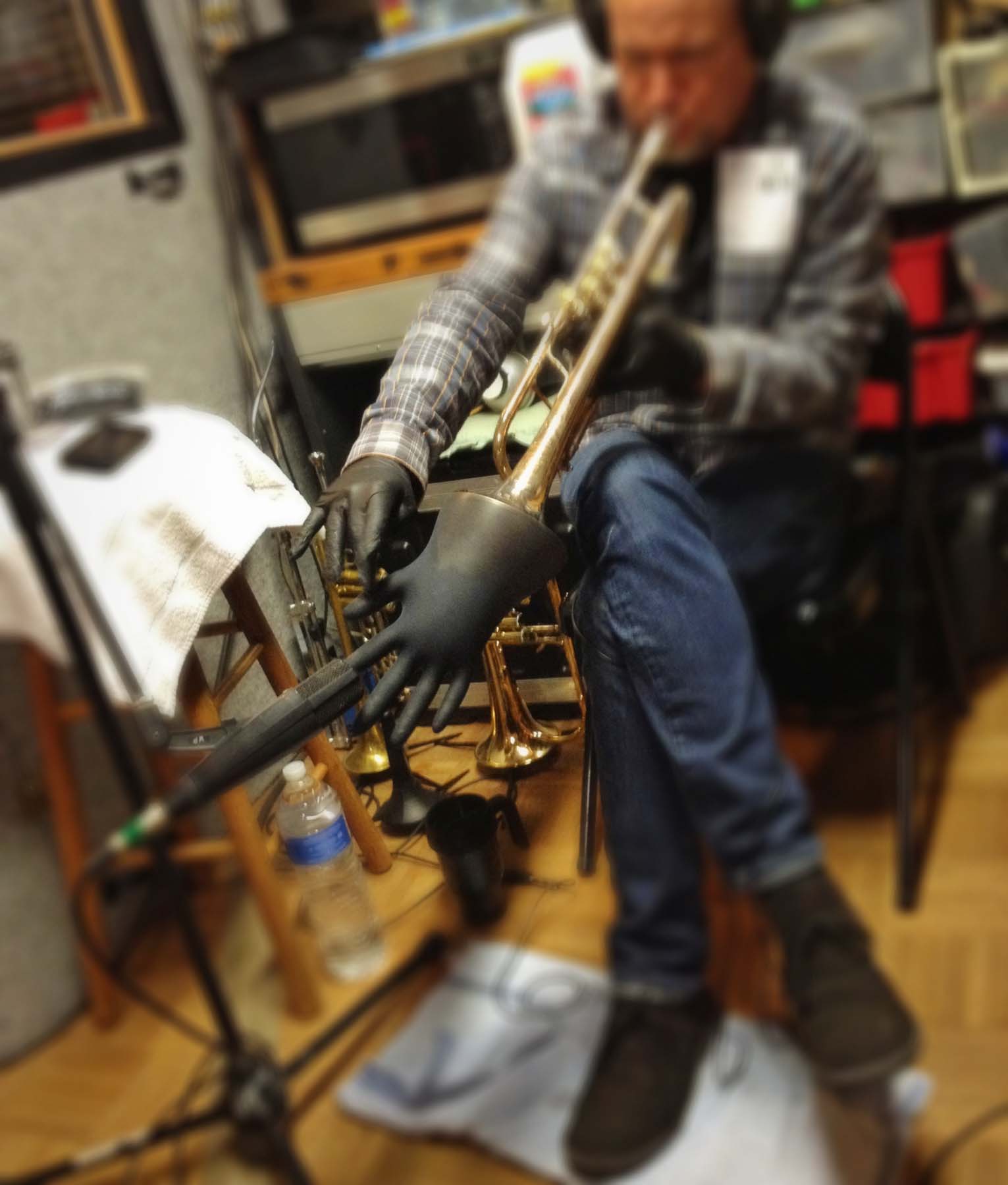 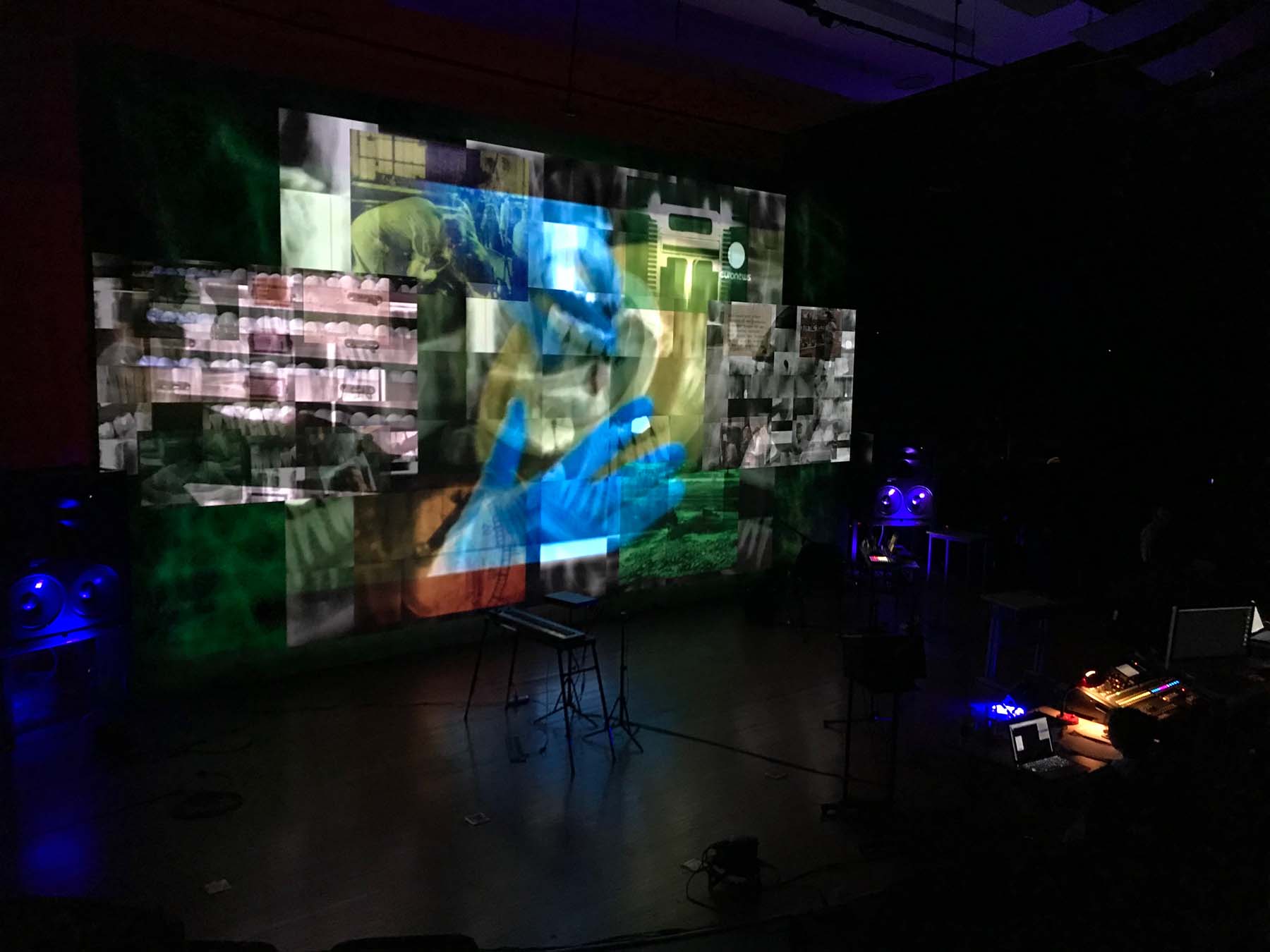 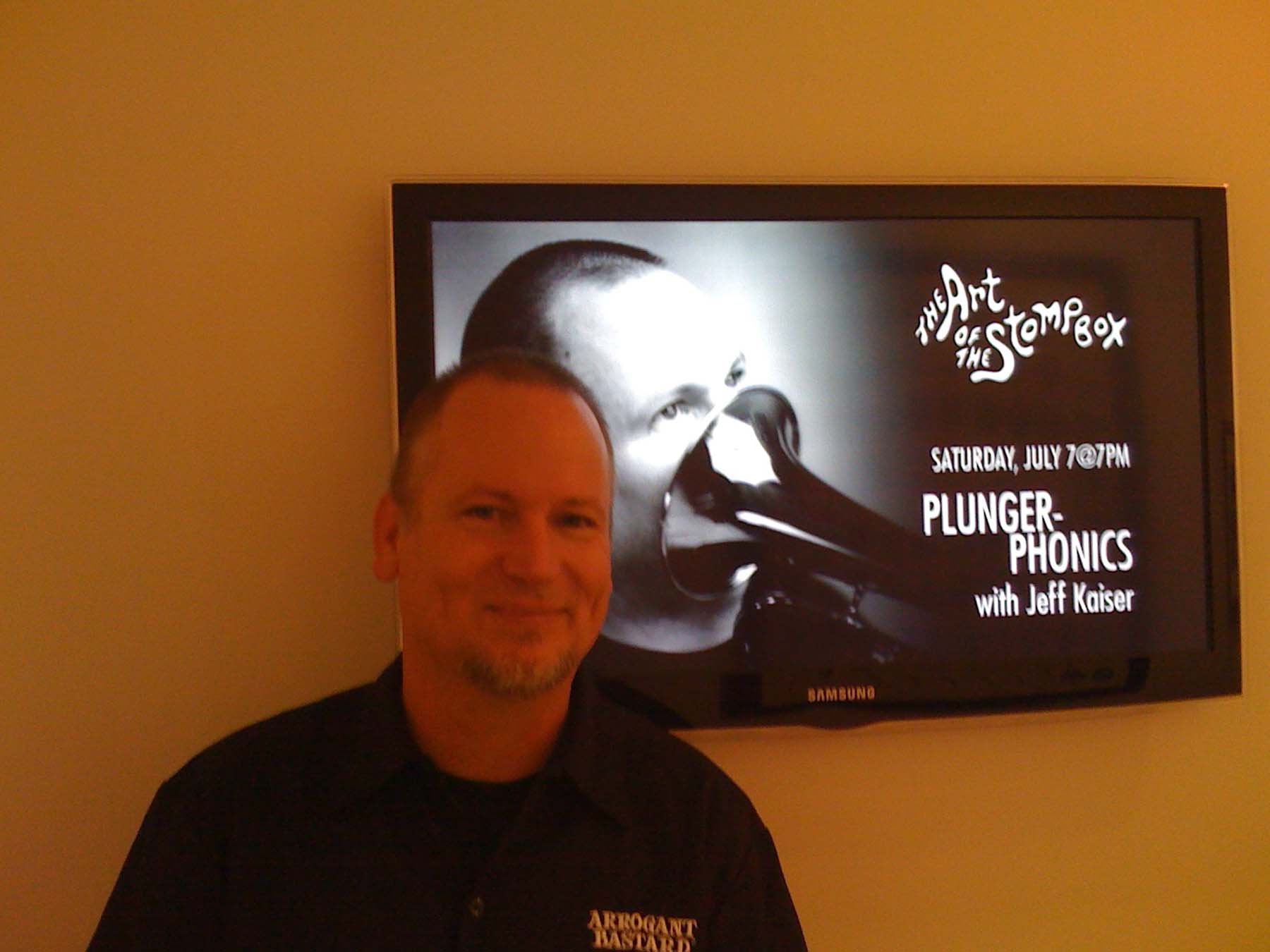 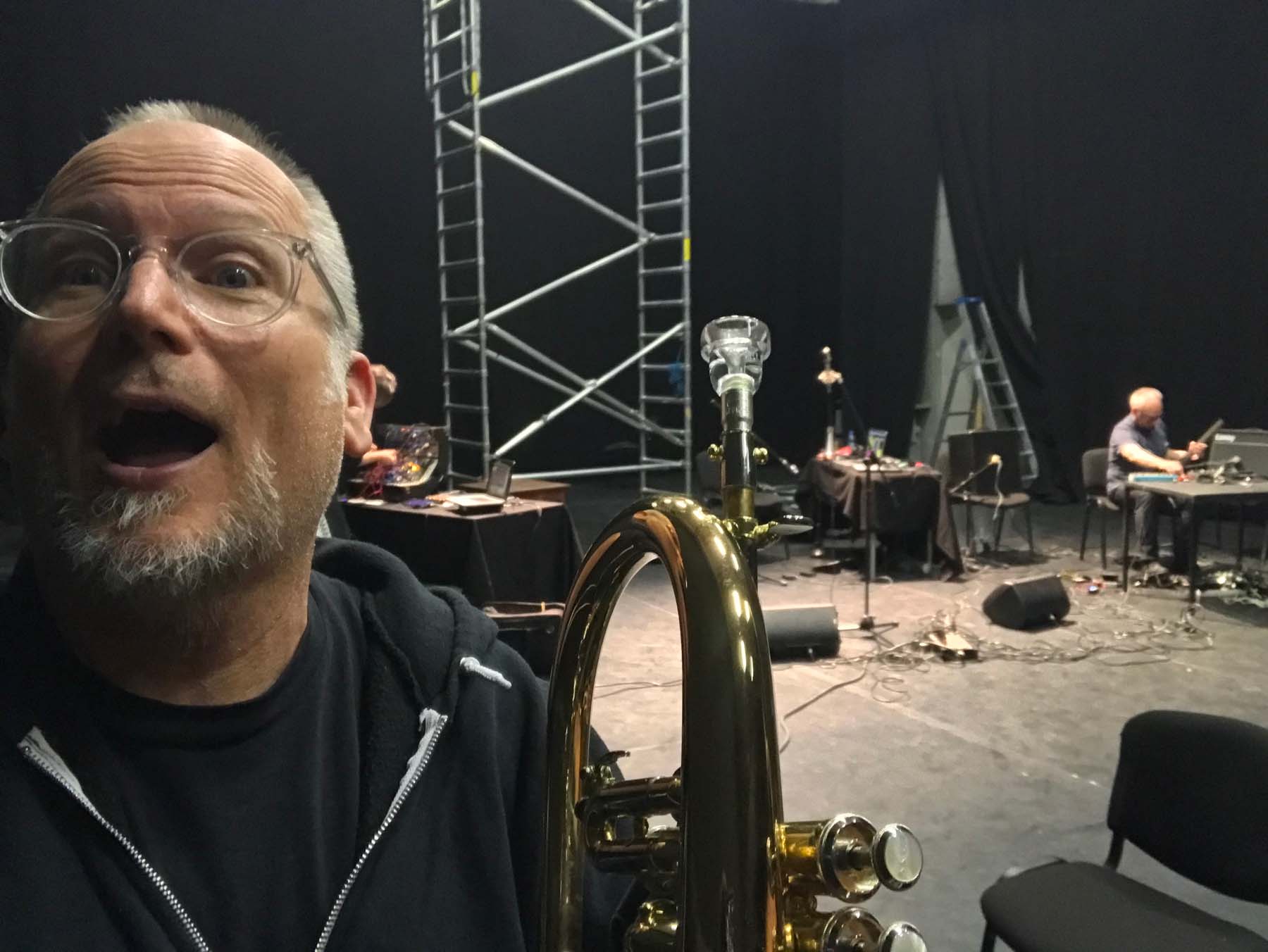 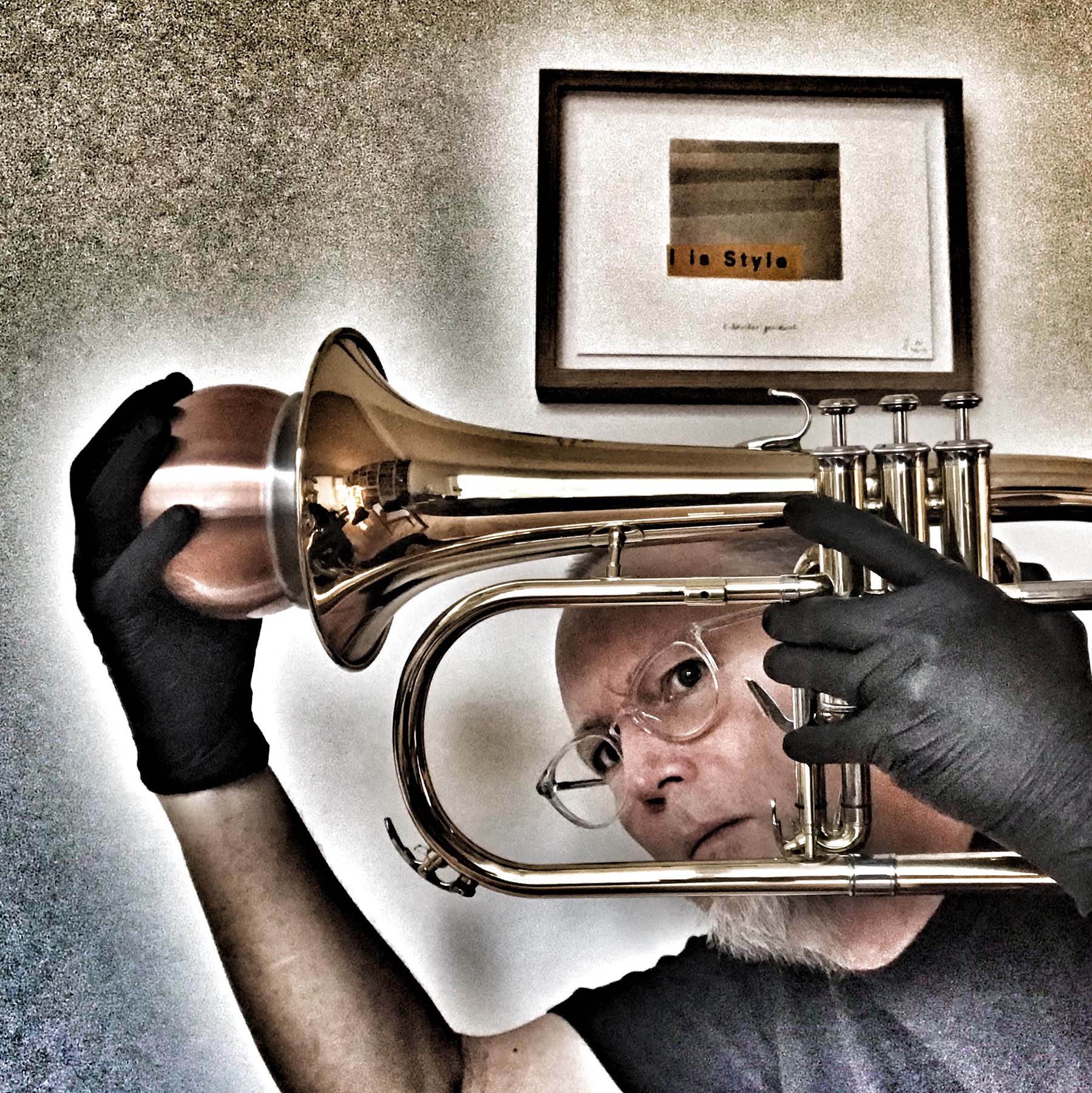 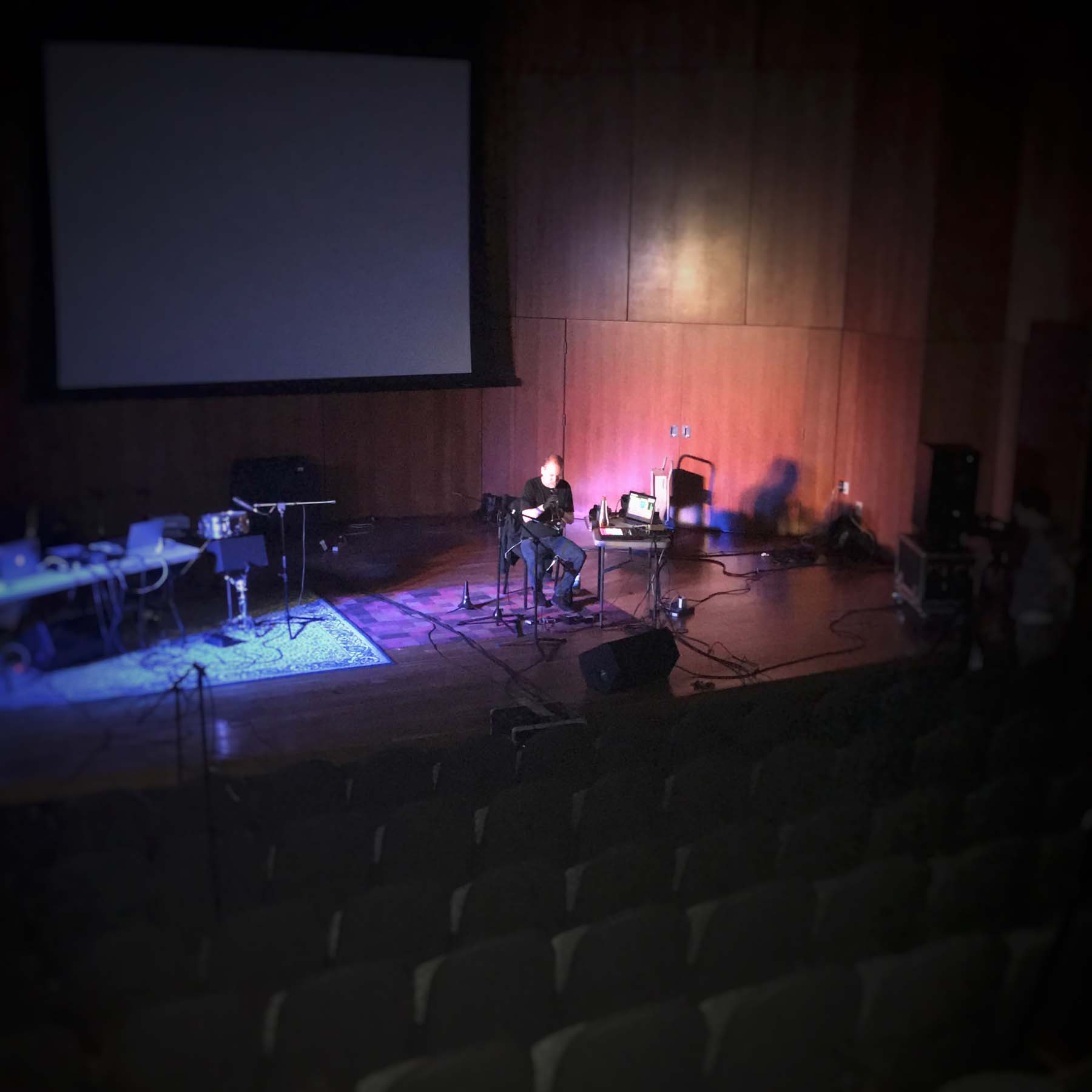 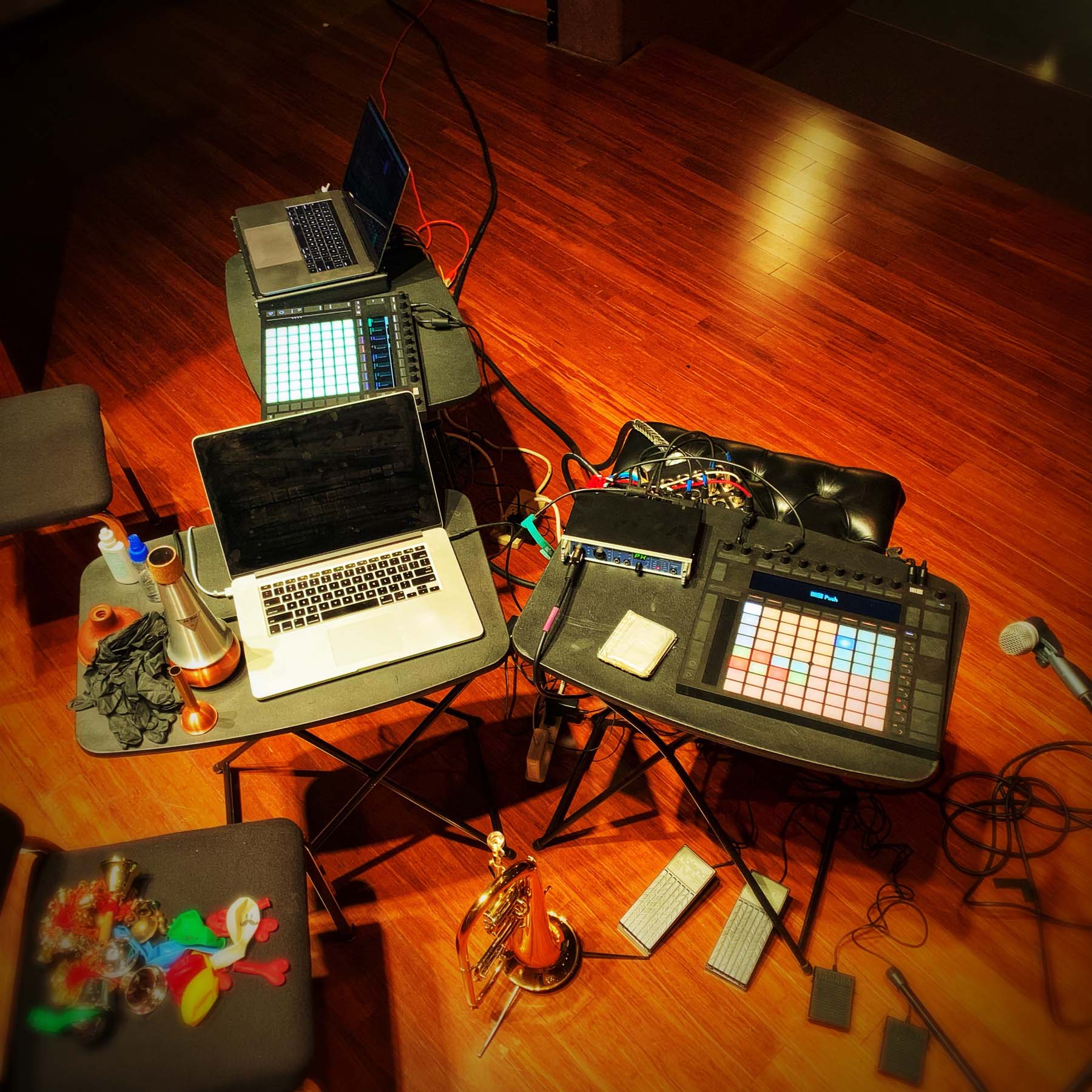 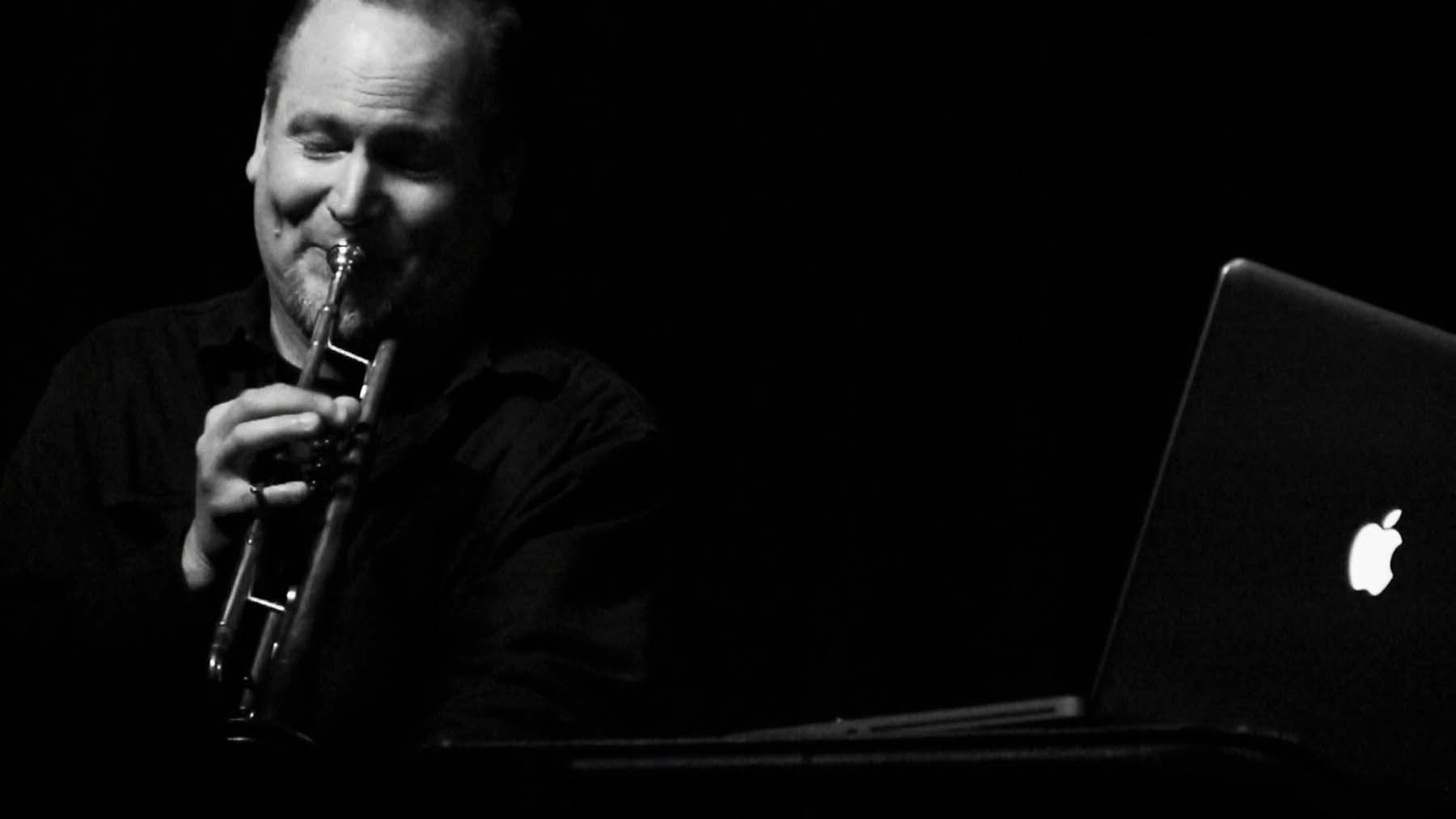 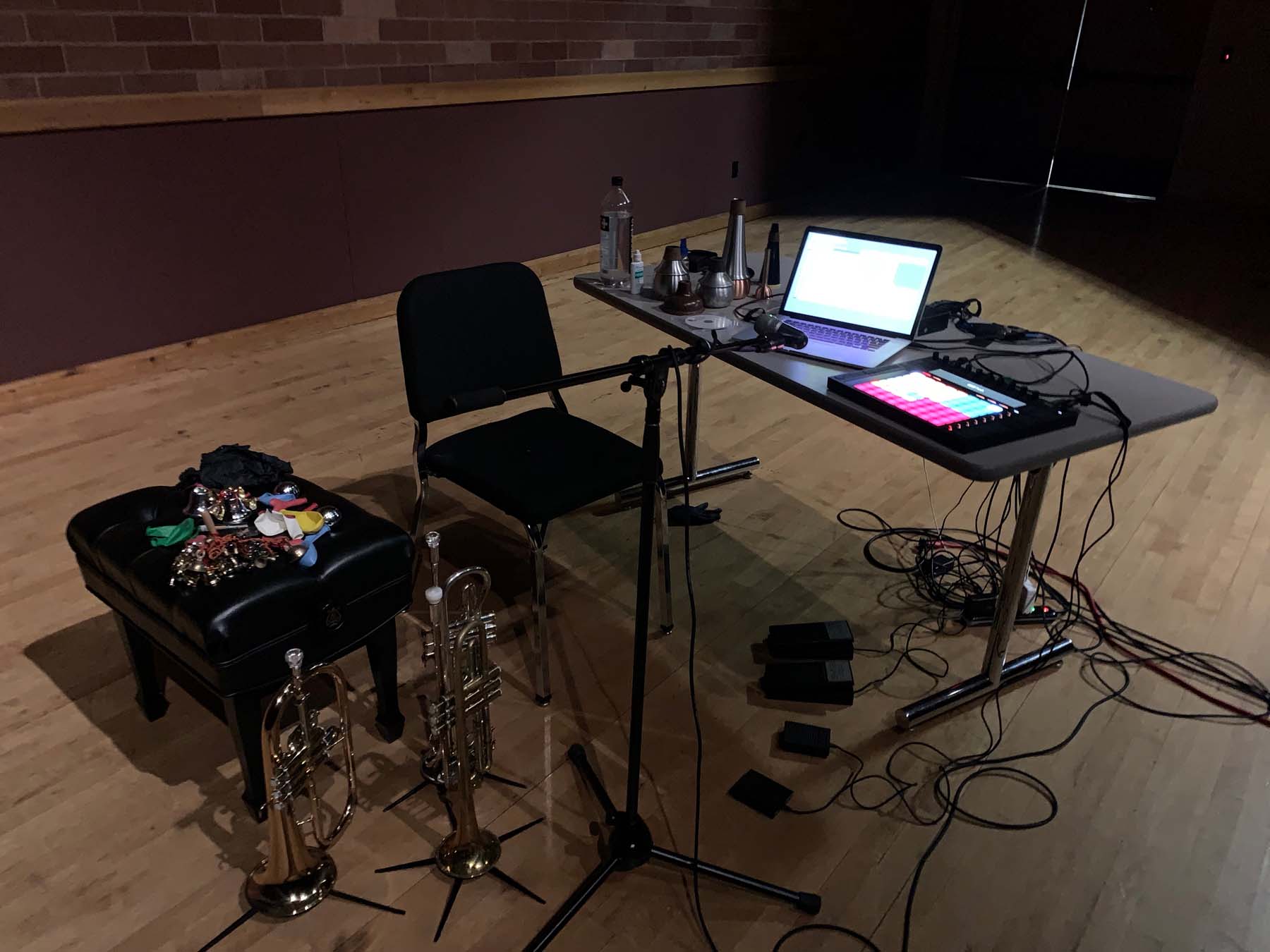 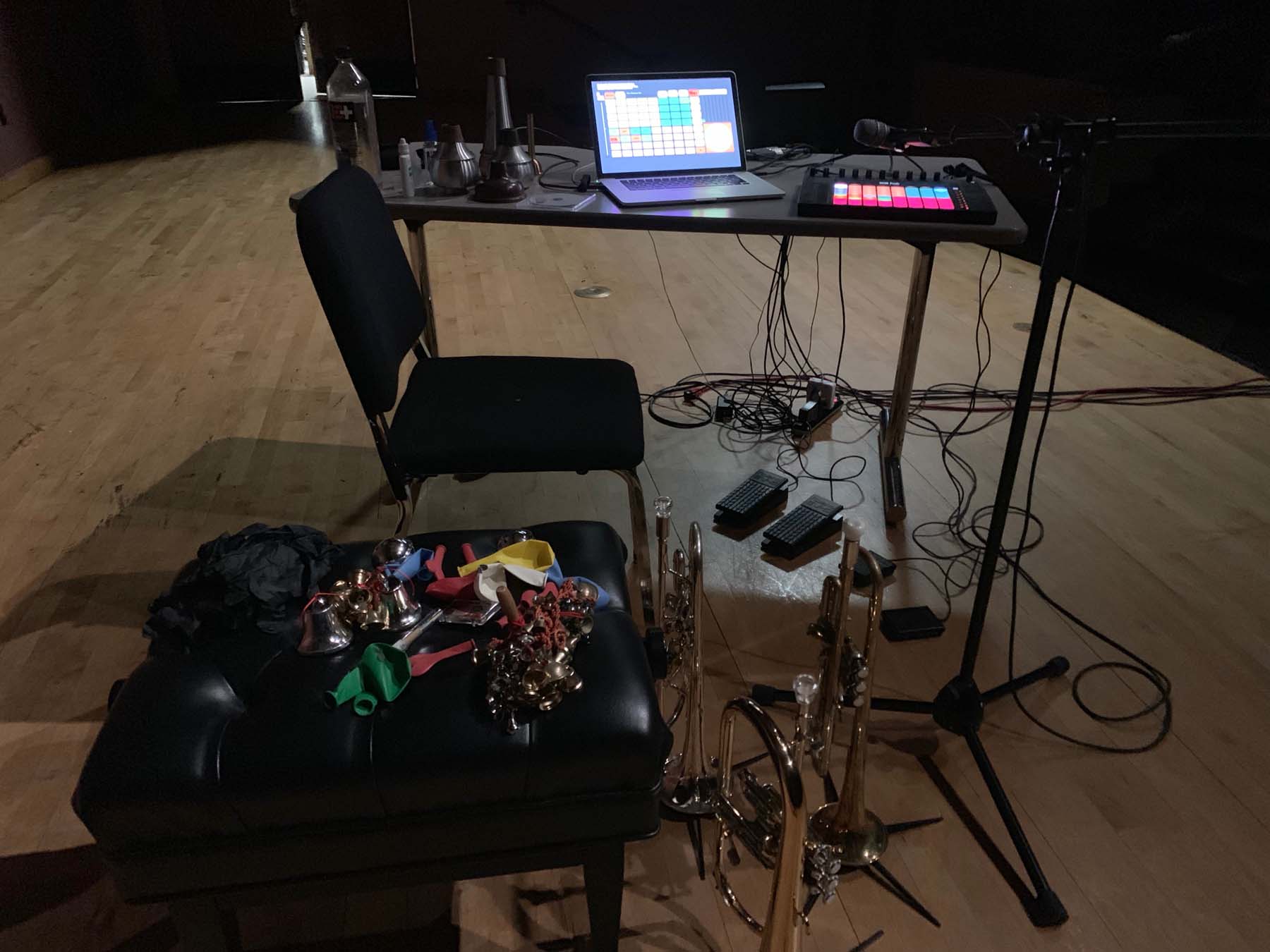 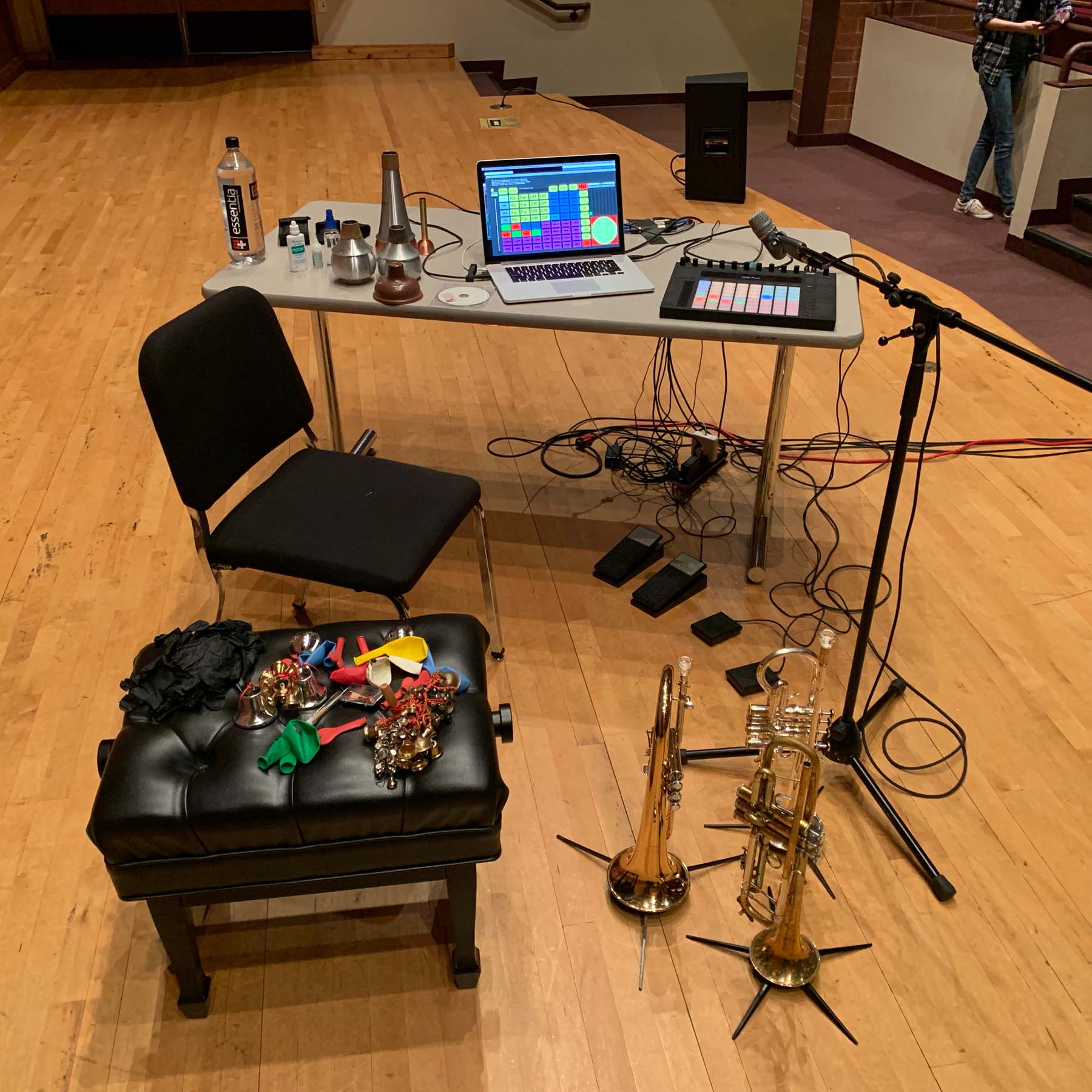 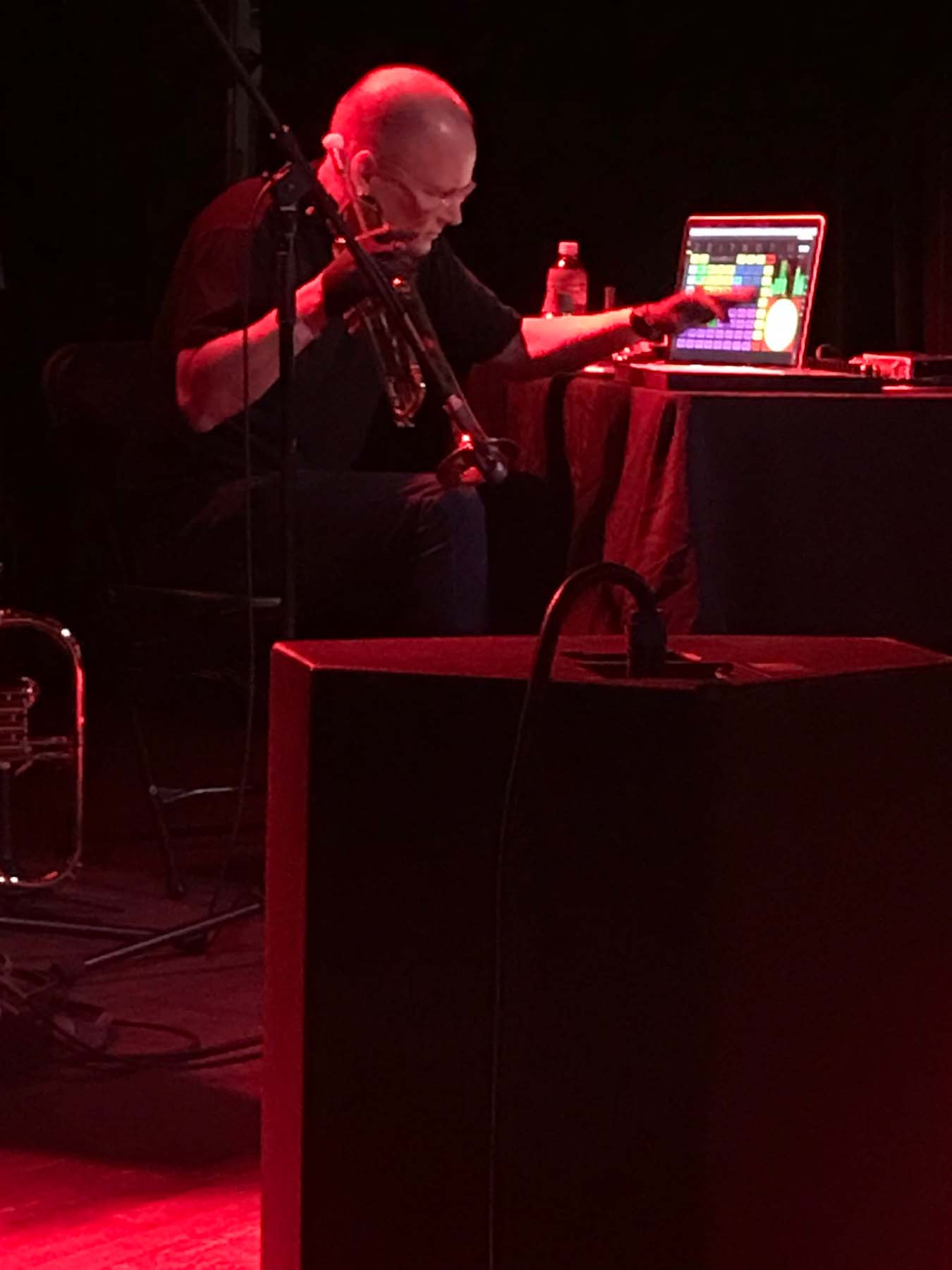 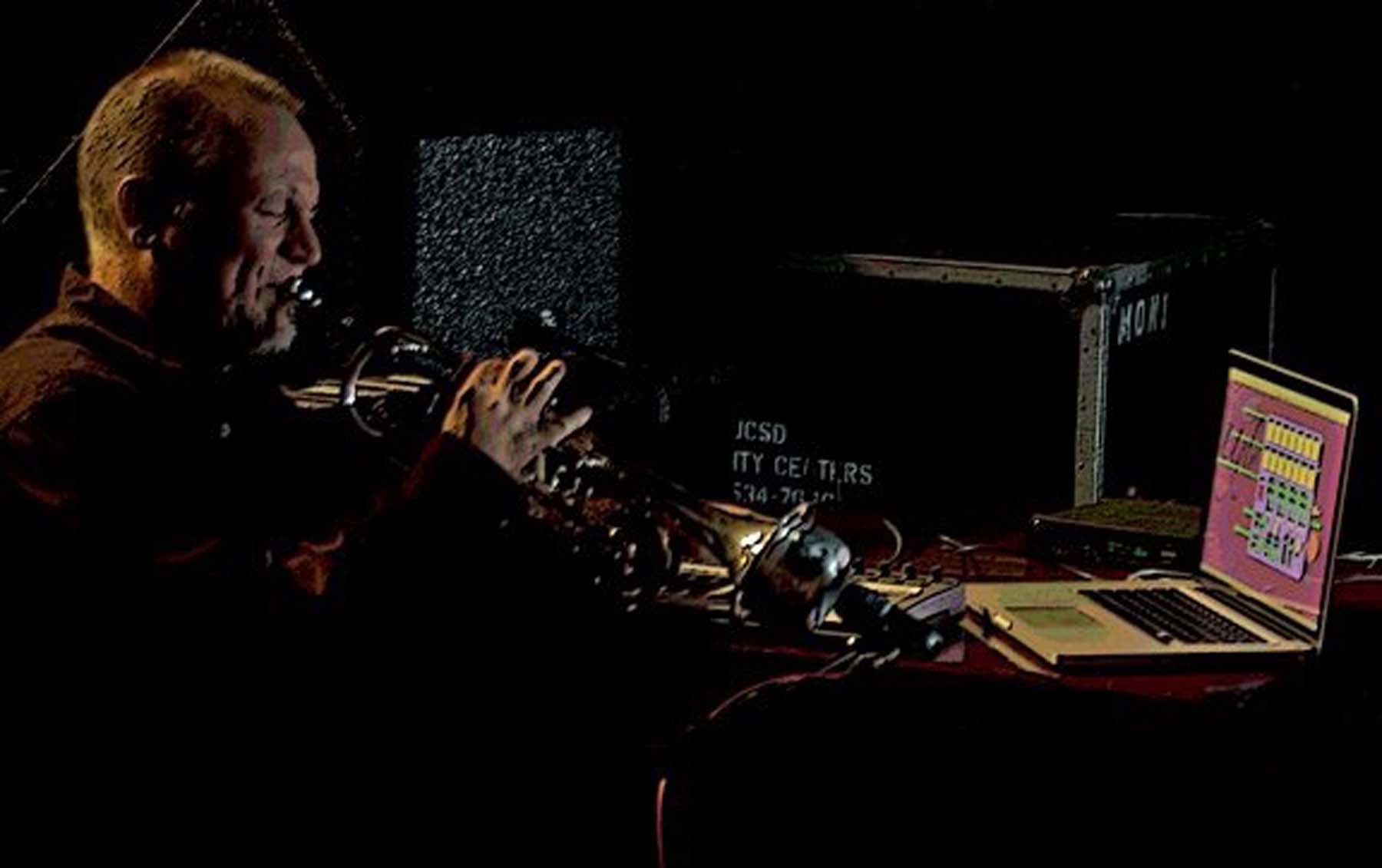 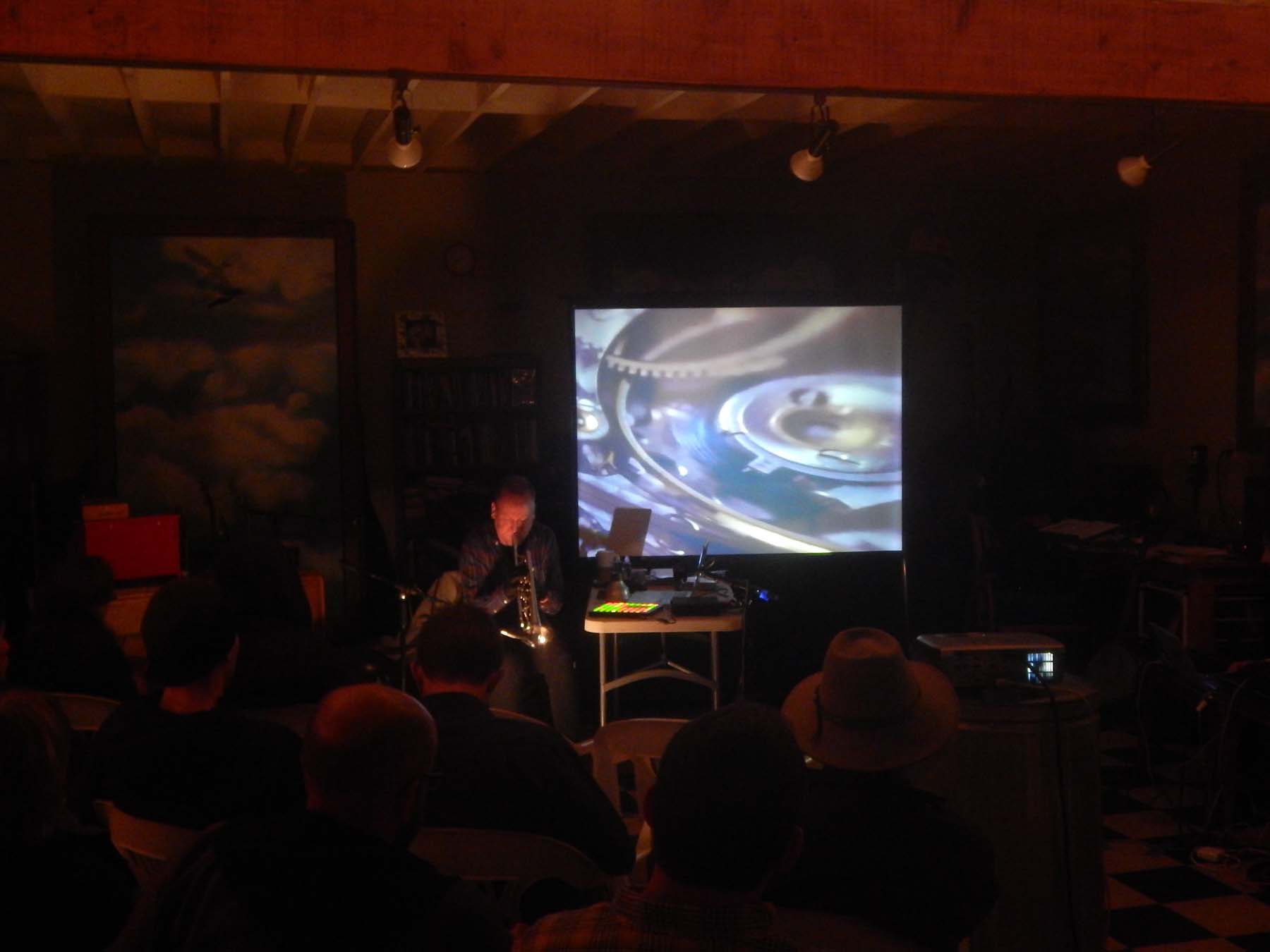 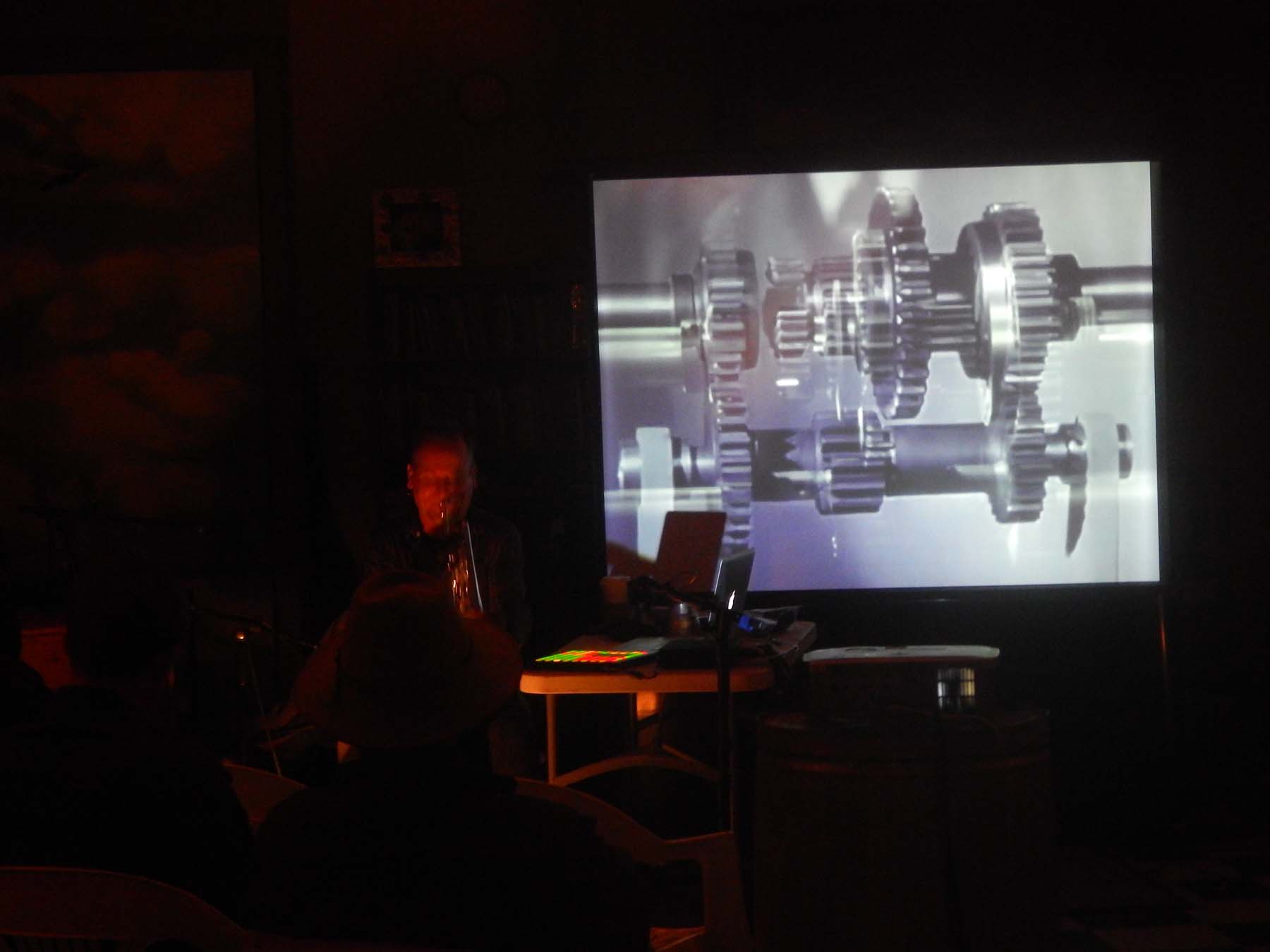 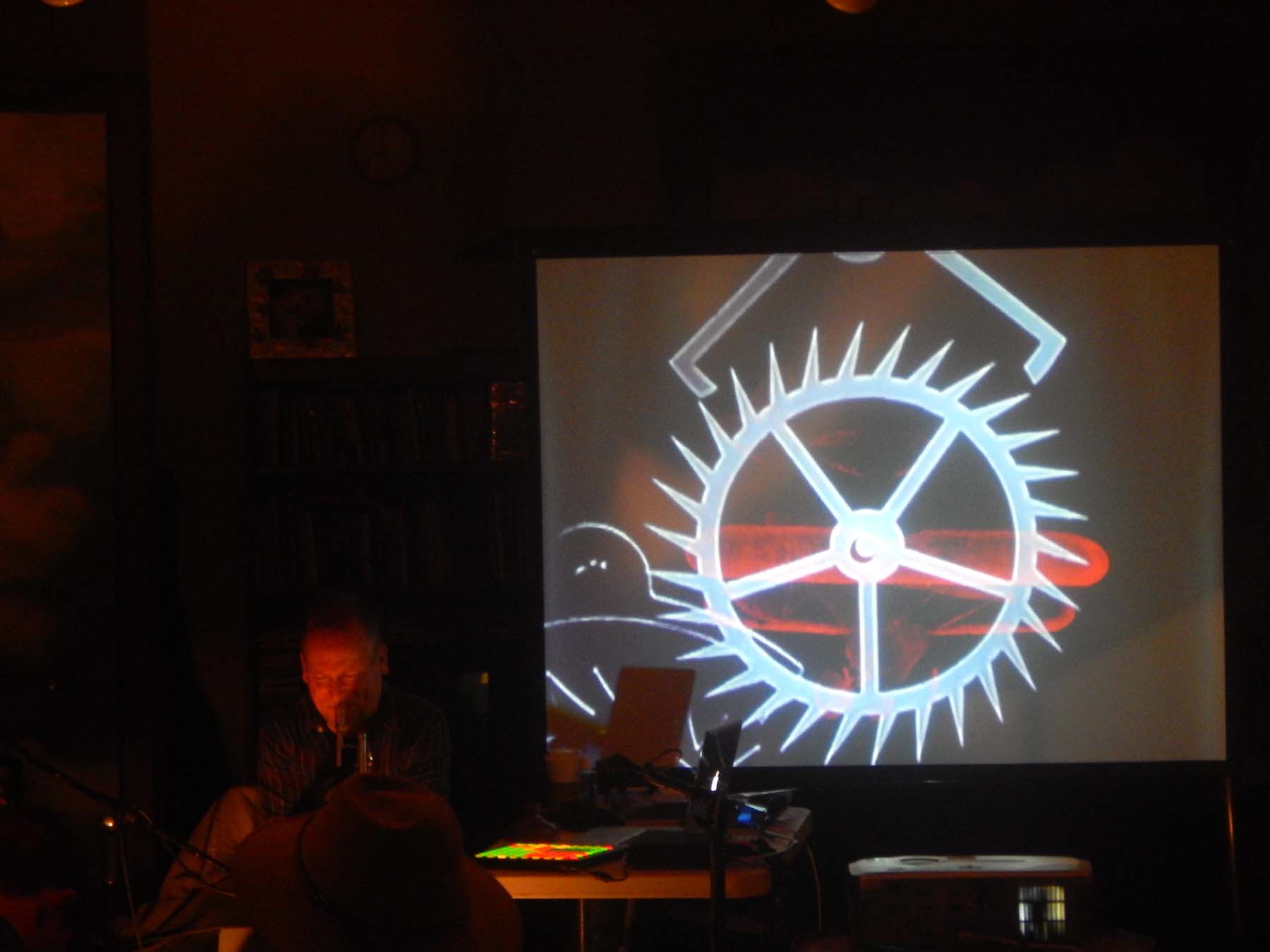 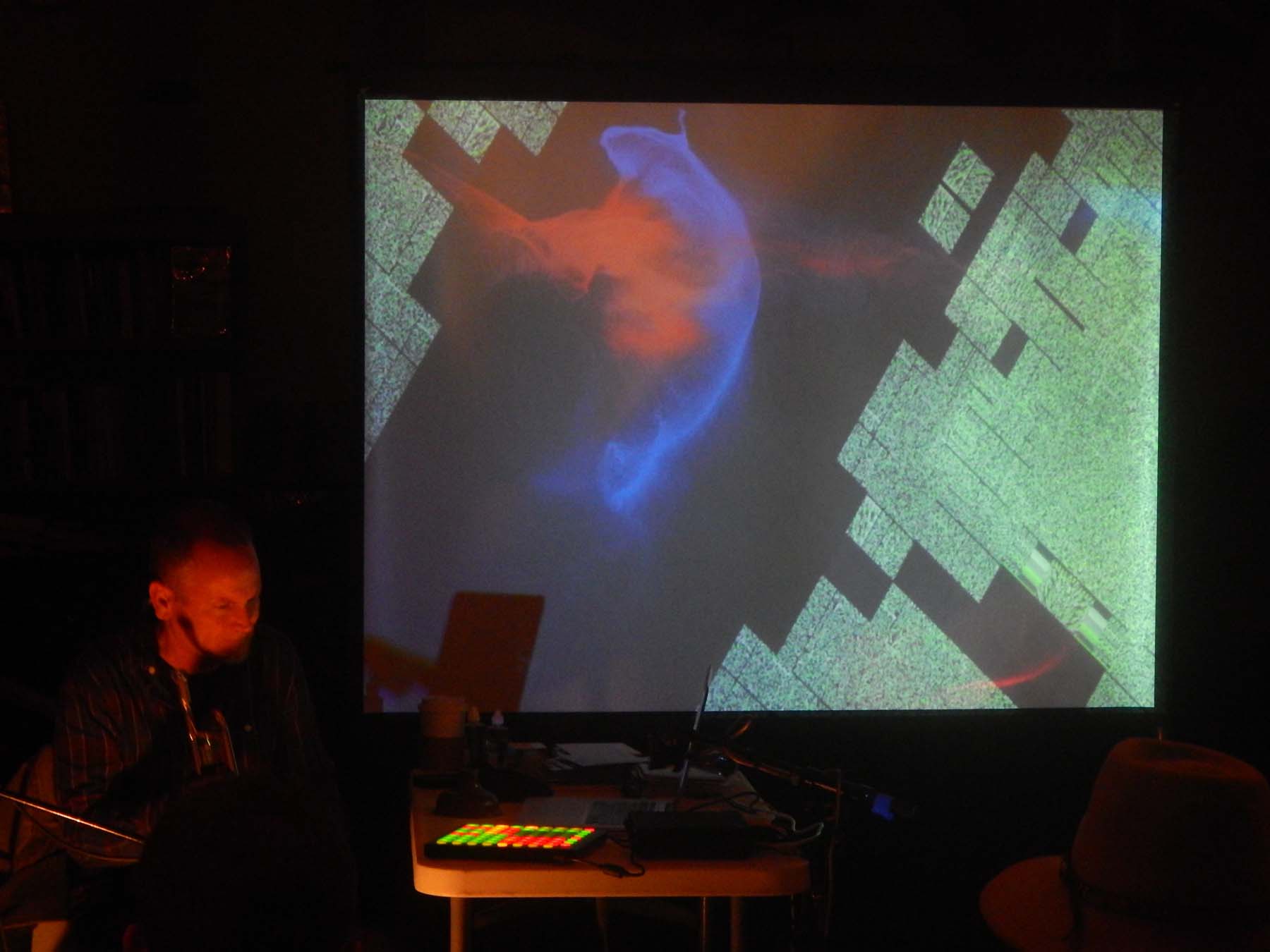 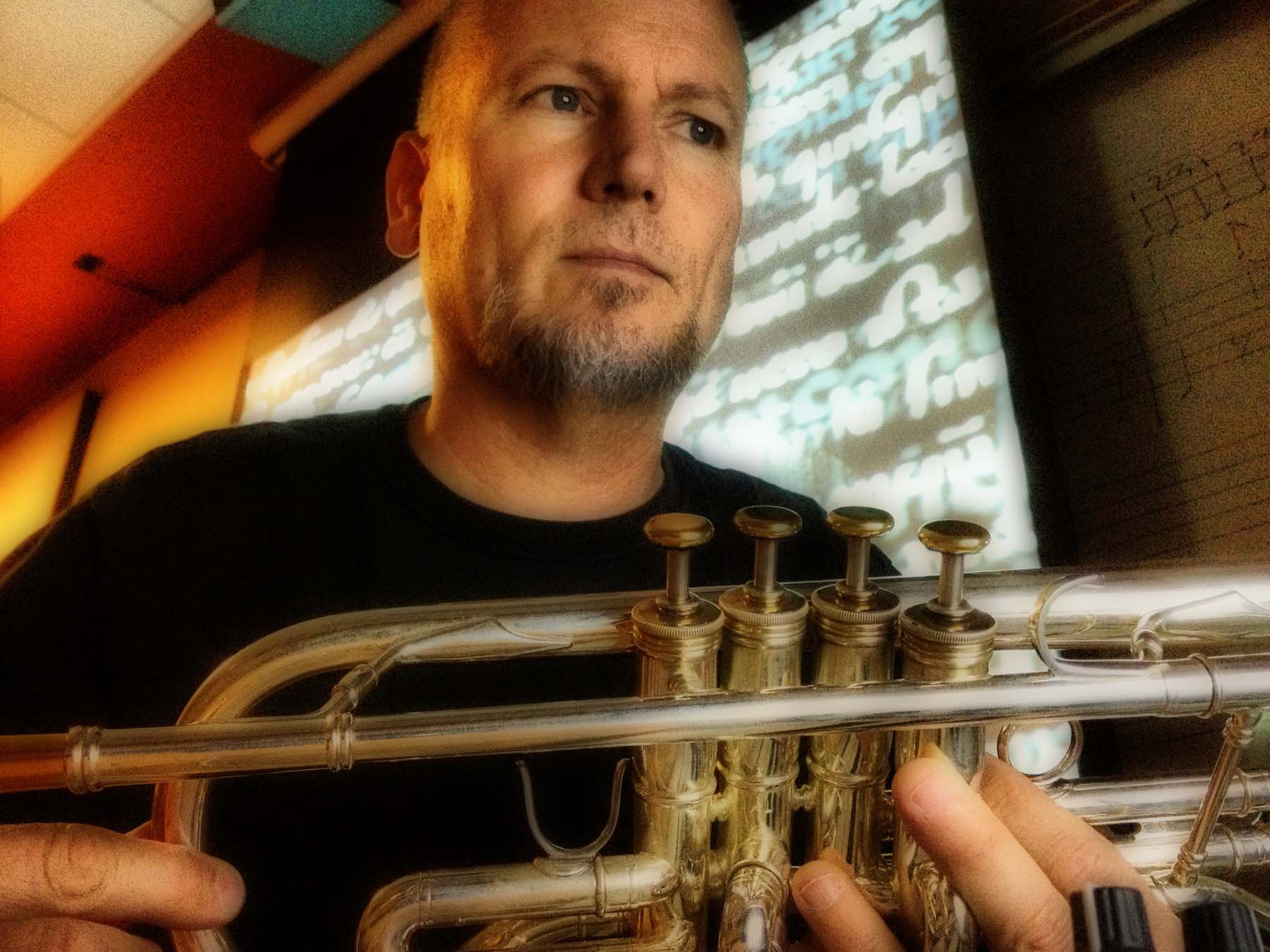 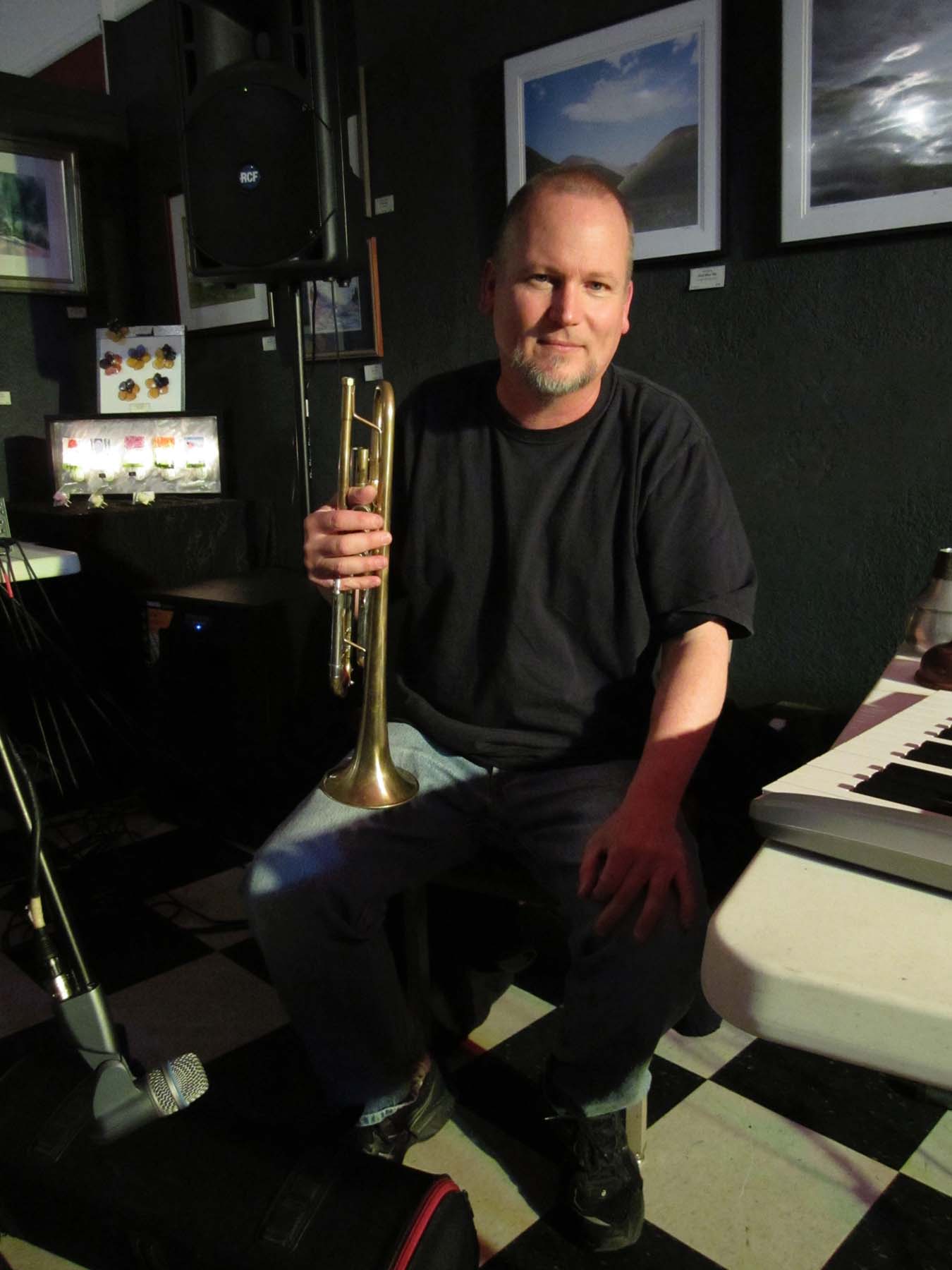 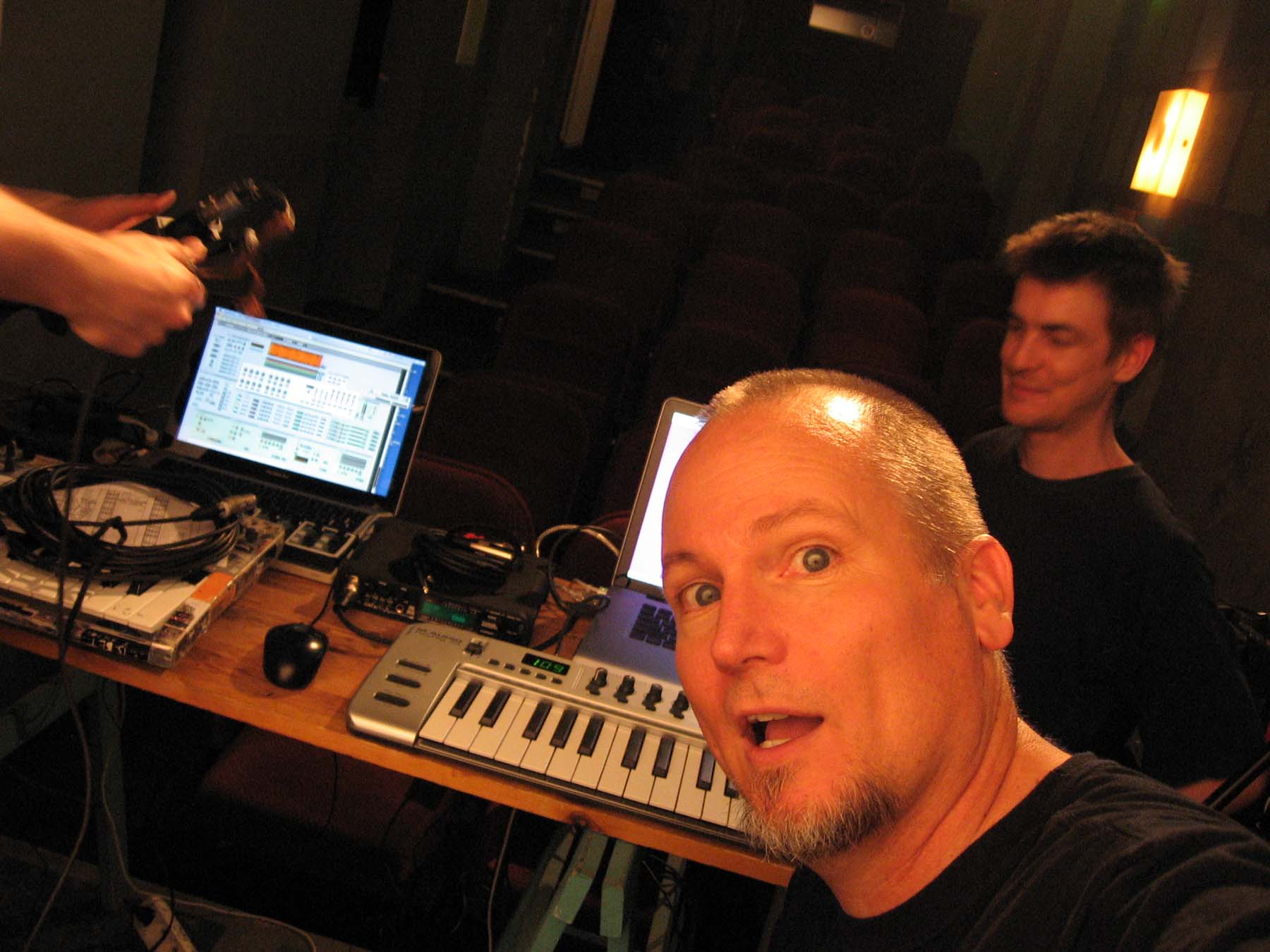 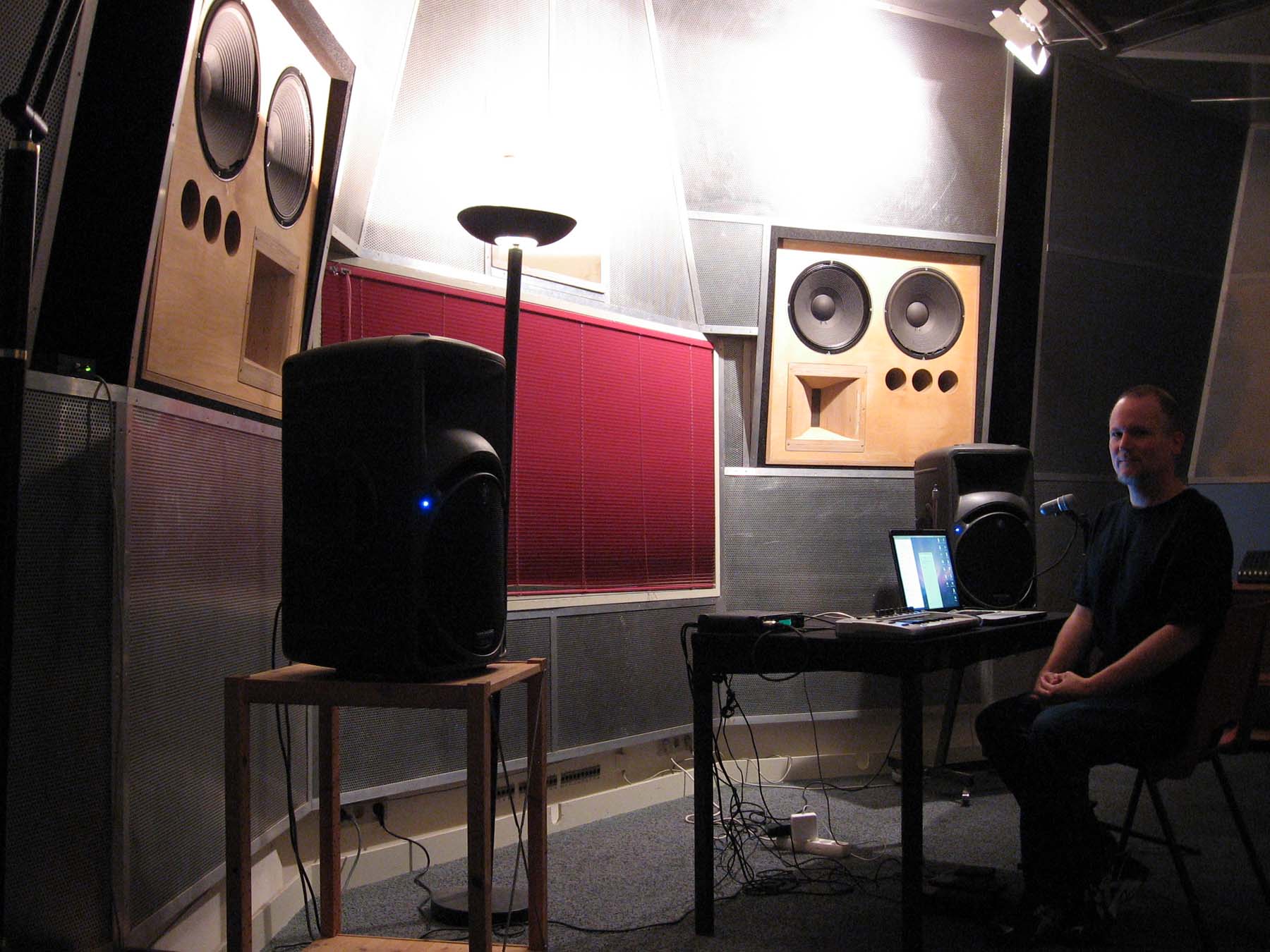 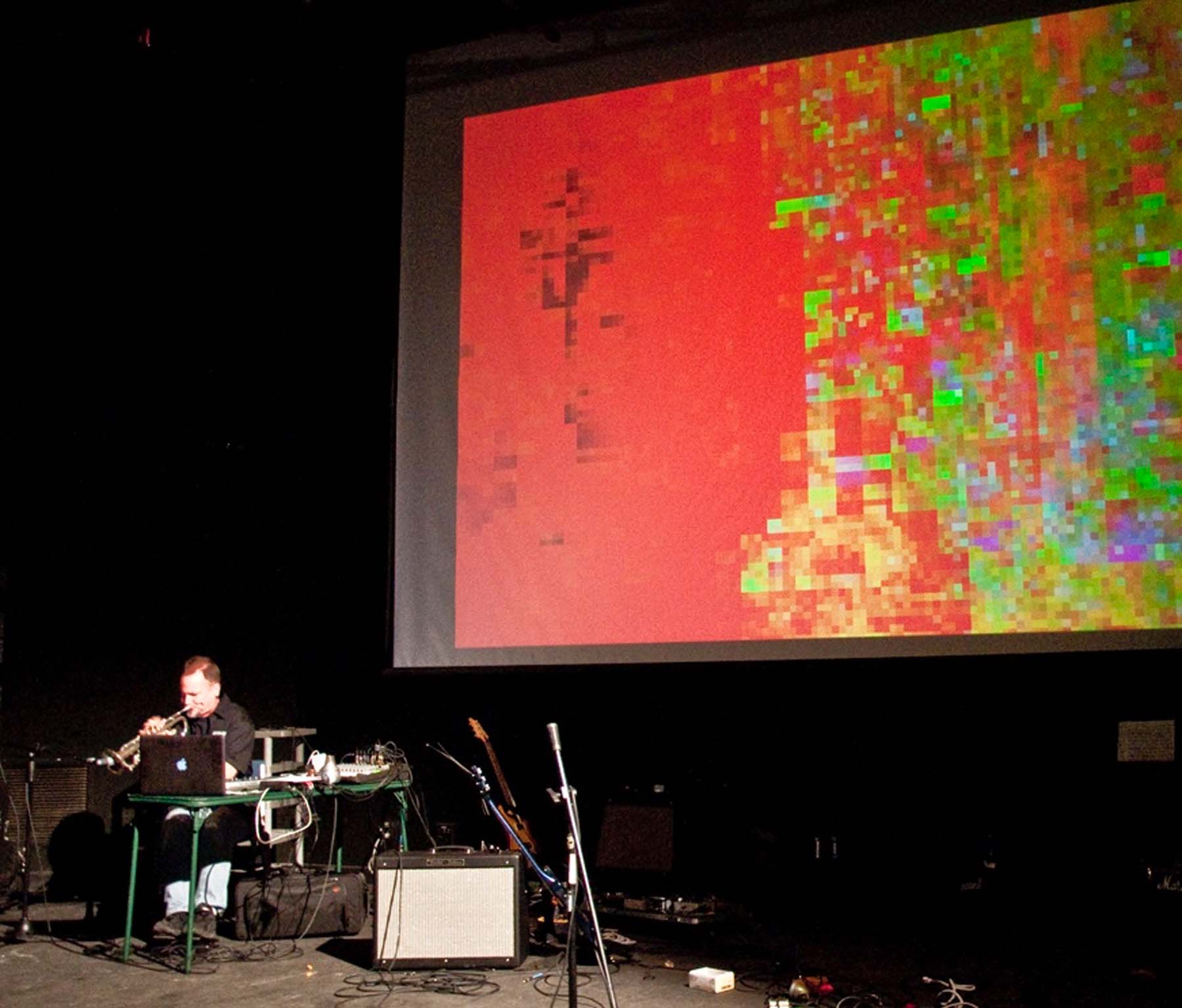 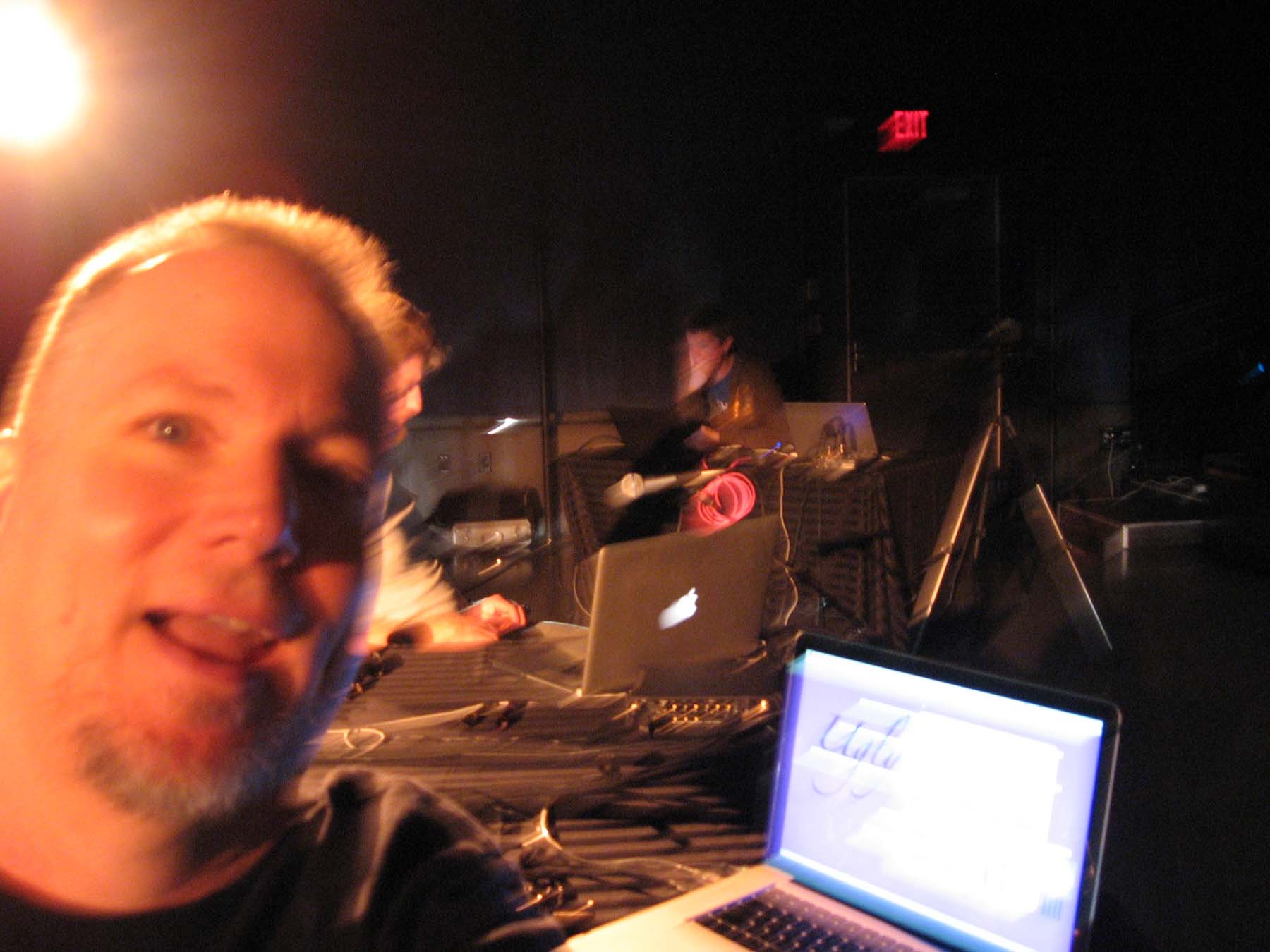 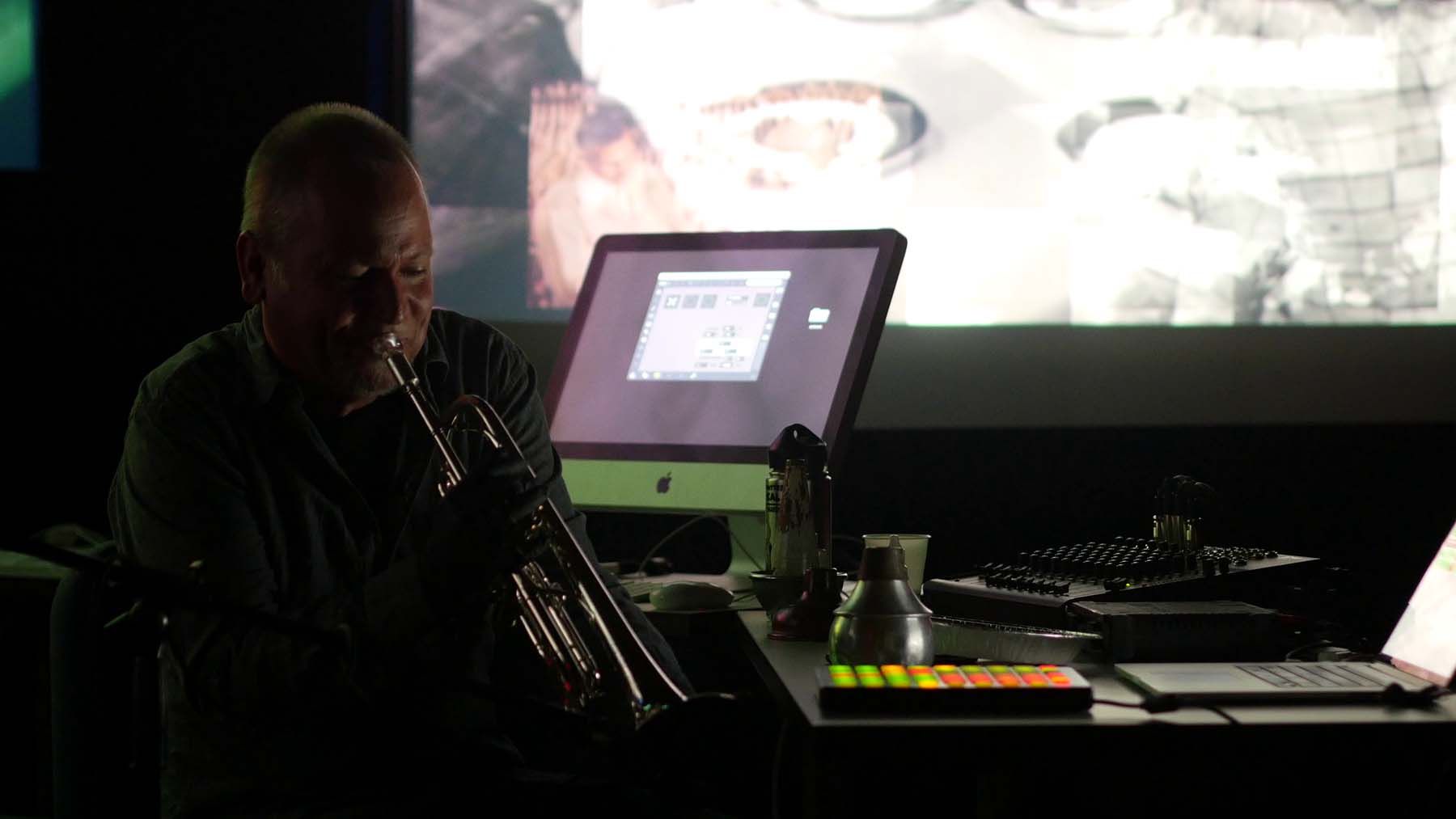 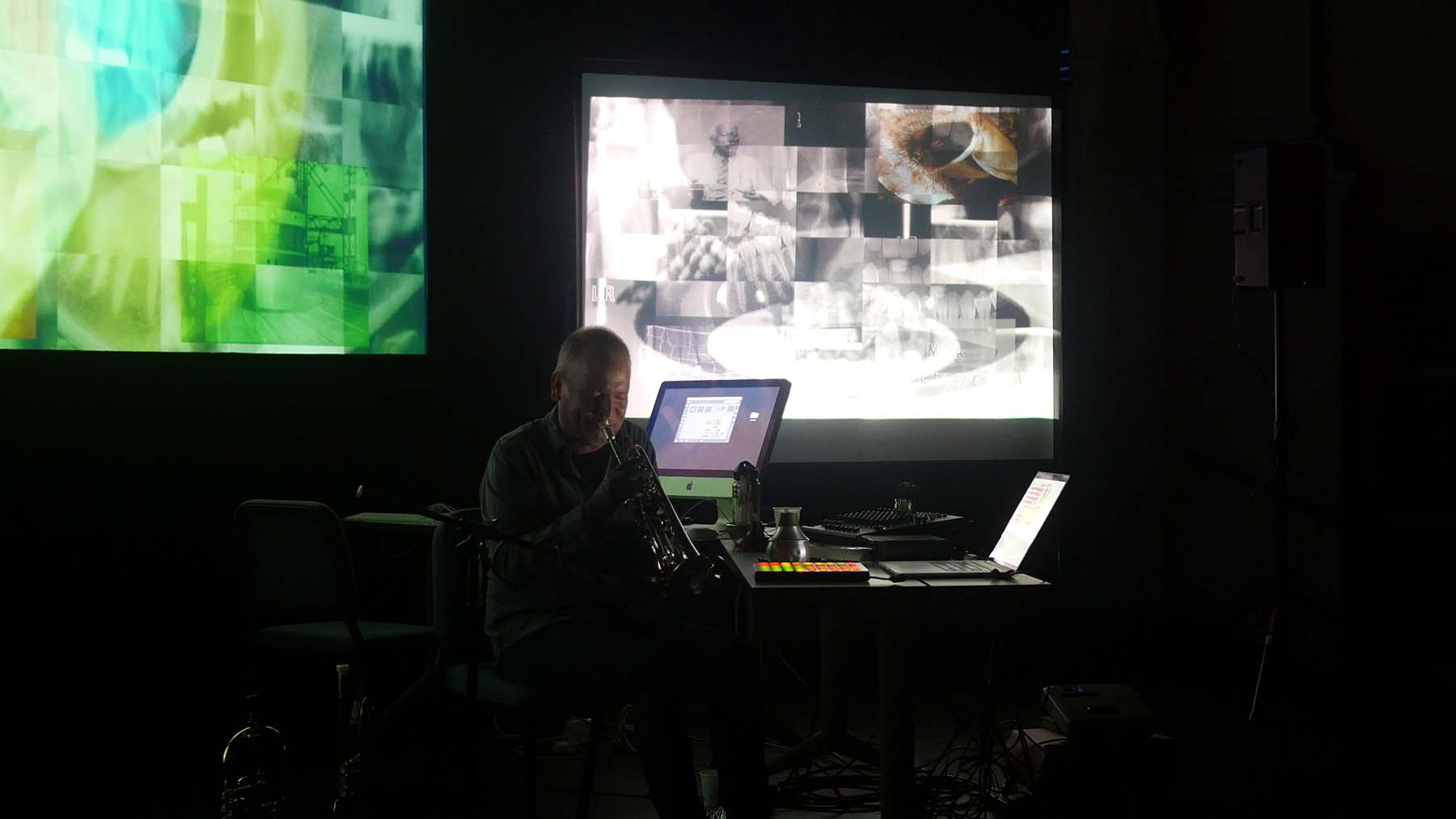 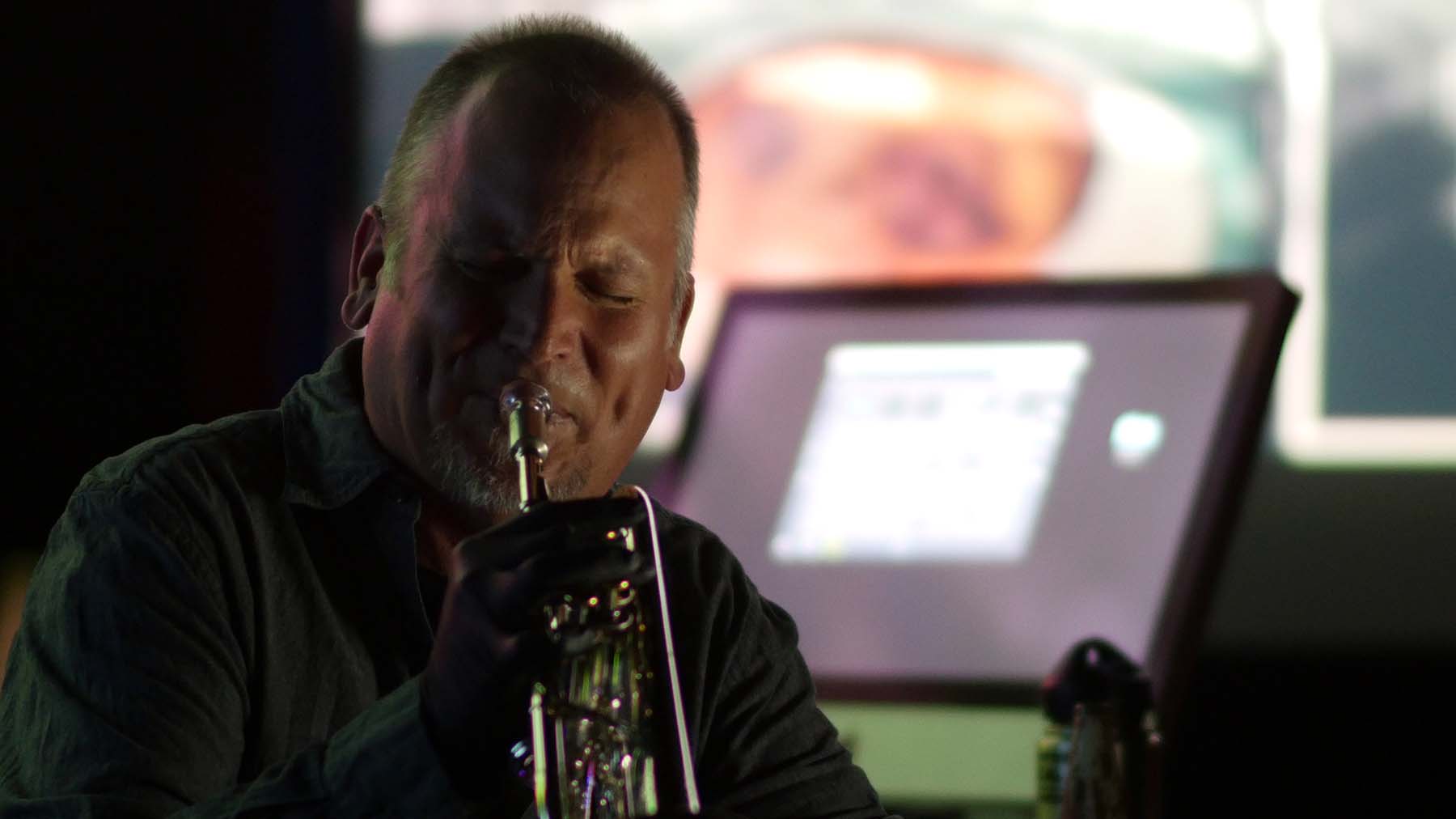 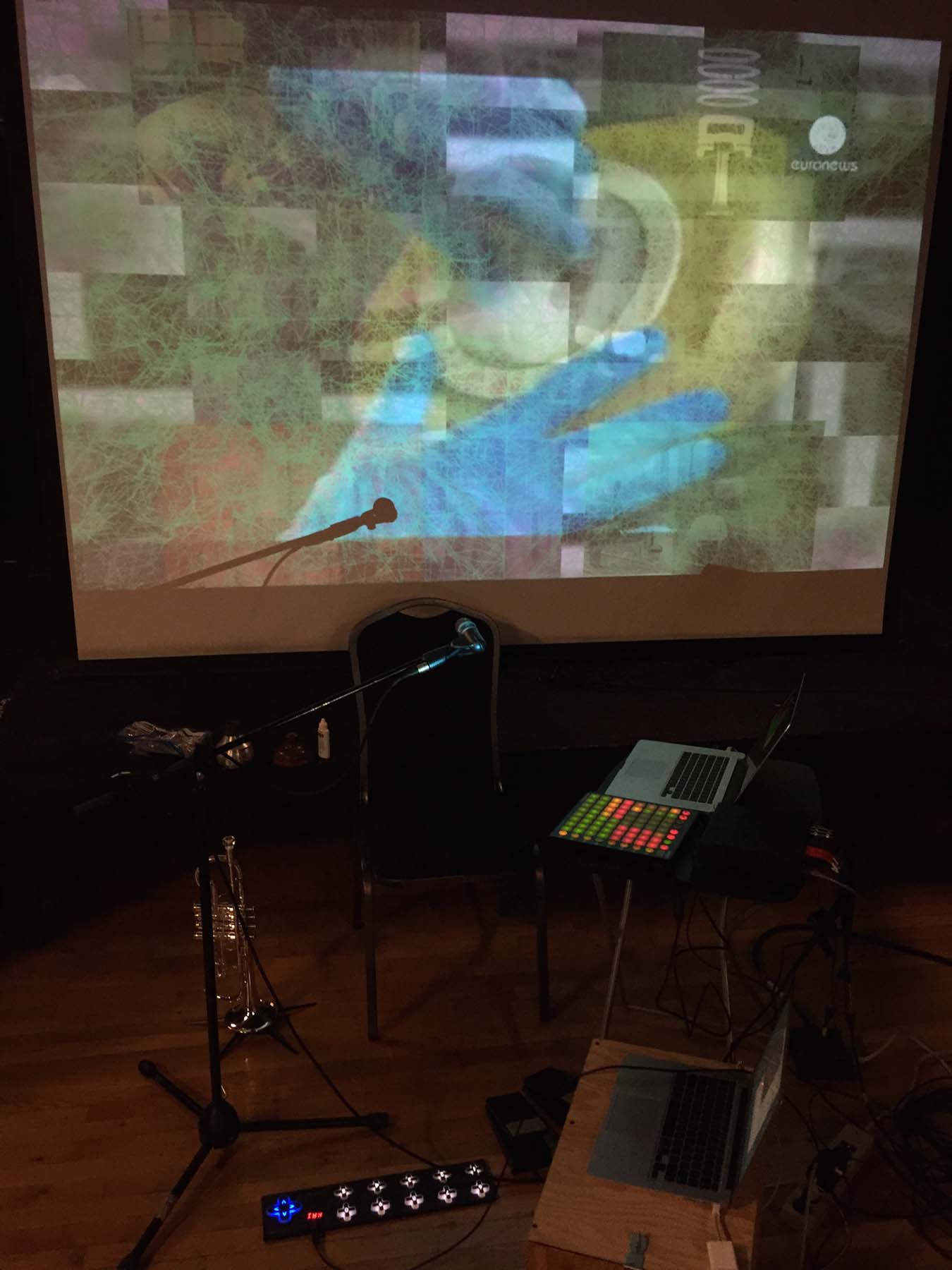 Using custom software and hardware along with his flugelhorn, quartertone trumpet, voice, and random props, it is hard to know what to expect in one of his solo performances. Kaiser designs all his own electronics for the performances, including hacking controllers, and more recently building synths and large sample libraries of odd recordings including samples of the inside of his trumpet when it is not being played. He frequently designs his own interactive video, most notably with his ZEITNOT series which has been performed from the US to China and more. Recently, he is exploring new areas with a new series, SITZFLEISCH.

For examples of his work, be sure to check out recordings linked in the menu, and subscribe to his youtube channel: bit.ly/jeffkaiser

Kaiser’s performances have been described as…

…not to be missed.

…a dreamlike and hypnotic reverie that's subtle beauty had the crowd leaning forward in their seats. Suddenly, all hell broke loose.

Witnessing a live Kaiser performance can be a bit much for the casual listener. His trumpet-controlled laptop often sends waves of distortion and chaos spinning around the room, and he also sings into the computer, generating sounds like Satan trying to pass a watermelon. People have been known to run from the room.

…a manic, hallucinogenic joyride through time, space and tonal distortions.

Kaiser’s music is fierce and uncompromising, often taking listeners on a sonic adventure they might not be prepared for…