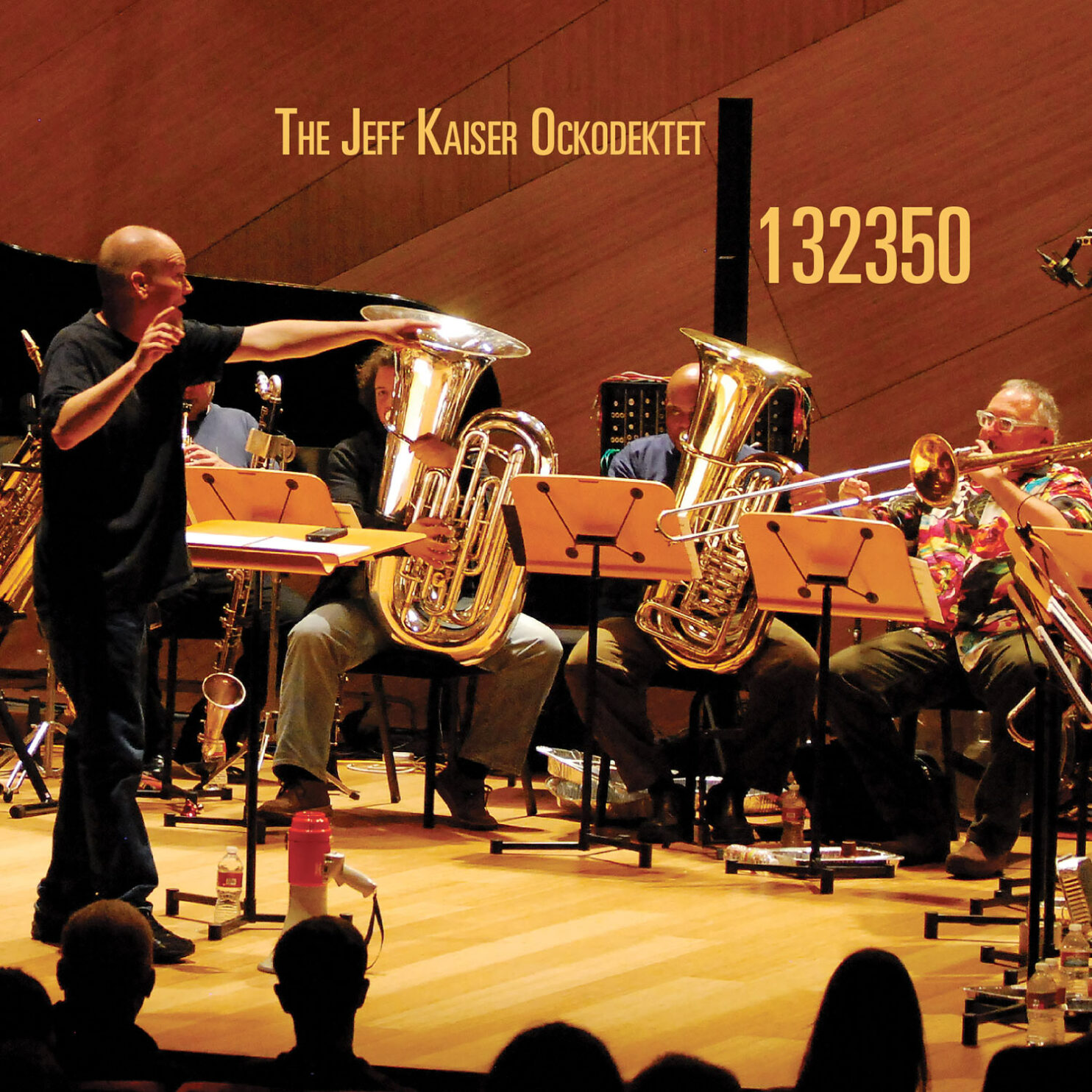 “This CD came in the mail recently along with a note that this in fact would be one of two last pfMentum releases, which is a shame because the label has been a producer of some very worthwhile Avant Jazz and generally Progressive musical fare over the years. As all 13 of my on demand CDs were put out of print a year ago along with everything else in the Amazon program, I cannot say I am surprised. There are hard times these days with COVID and general upheaval in the music business. But nevertheless I am of course very glad to have this one. It is the Jeff Kaiser Ockodektet of some 23 artists doing a live set Jeff’s entitled 132350 (pfMentum PFMCD150).
The band is stellar and well disposed to the Avant-Free Jazz fare. The set opens and concludes with two ditties sung by Jeff in a kind of bad-good Dylanesque mode to pump organ accompaniment–“Father Death Blues” opens the way to dark yet humorous ways and the Skeeter Davis classic “End of the World” caps it all off nicely. In between are four Kaiser compositions that give the band instrumental direction and dramatics in thoroughly nice ways.

The names of the luminaries you will doubtless recognize in the band are Vinny Golia on saxes, Dan Clucas on trumpet, Michael Vlatkovitch on trombone, and Mark Dresser as one of the two bassists.

Judging from the liners this was recorded sometimes before the Pandemic put a temporary halt to such things. It is a thoroughly exploratory space shot for your musical senses, a very exciting set of nicely clustering pan-sonic explorations of musical space.

It is a fitting end to the pfMentum label and a tribute to the importance of Jeff Kaiser as a big band leader-composer-artist. Do listen to this. It will gradually grow and take life in your musical consciousness. And that is a very good thing, I think. Strongly recommended!”