What an incredibly productive and enjoyable stay at STEIM. Gregory Taylor and I recorded more than enough material for an album, I was able to conduct and videotape five interviews for my dissertation and as an added bonus: John Dikeman and I put in two evenings of recording acoustic duets (trumpet and alto/tenor saxophone). Added bonuses: hanging out with Anne La Berge and Joel Ryan is always great, and plenty of time withTakura Mizuta Lippit (dj sniff) was truly enjoyable and inspiring as he challenges me about improvisation and interface. In residence at the same time with Gregory and I: author David Schwarz, performer Lesley Flanigan, PIRX (Marion Wörle aka Frau W (DE) – computer & Maciej Sledziecki) and robot designer Jesse Seay. We all had a great time working and wandering the city. STEIM is always such a joy….Nico, Esther, Case, Jun….so many people to make it the best place. 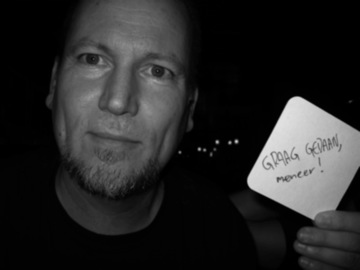 Rather than learning Dutch, I developed an intricate system of communicating using a series of phrases written on beer coasters… 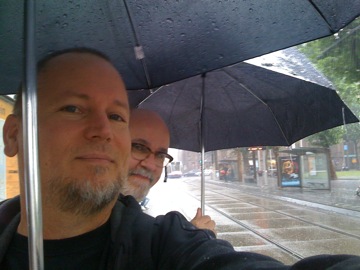 A rather furious downpour. 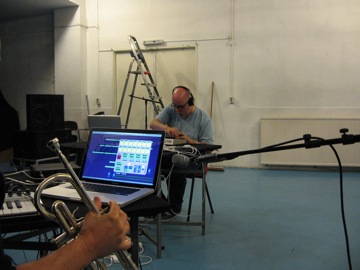 Back in the studio.

Panorama of us in the studio. 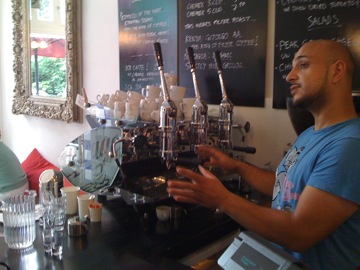 At one of the best espresso’s in the city, “Two for Joy”…phenomenal! And only a few doors from STEIM. 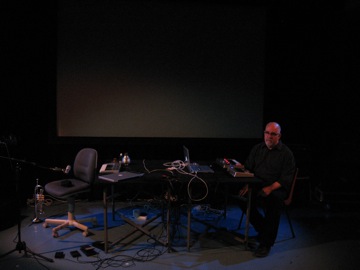 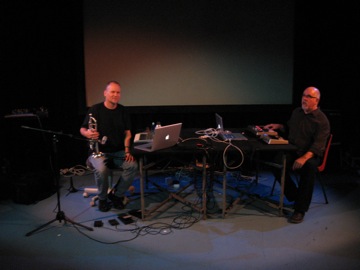 On the stage at STEIM. 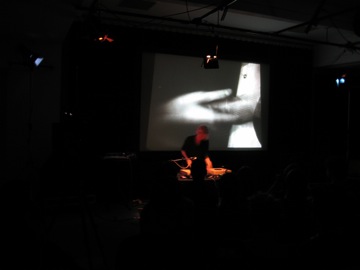 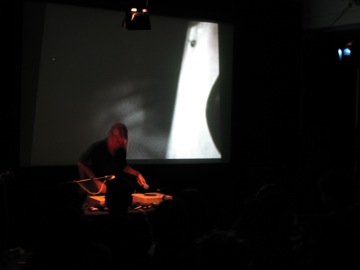 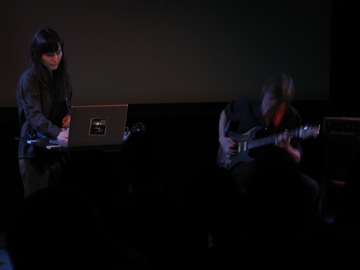 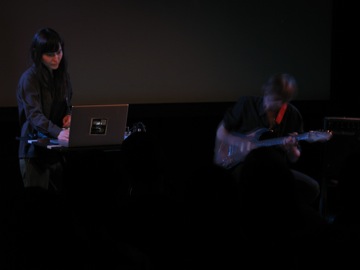 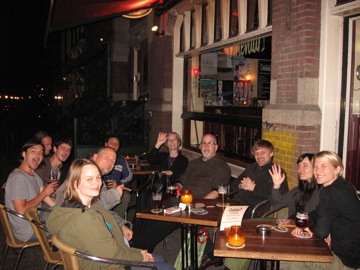 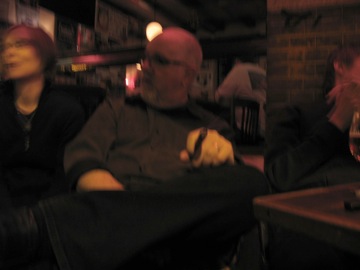 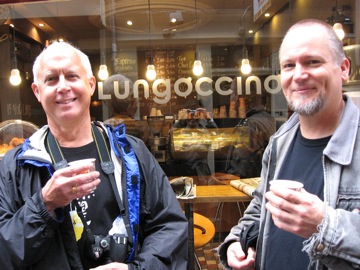 David Schwarz and I at Lungocinno 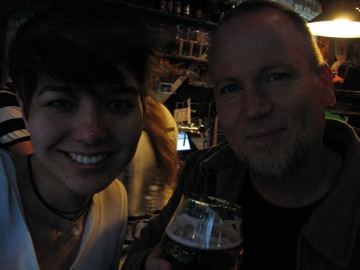 With Jesse at Gollem 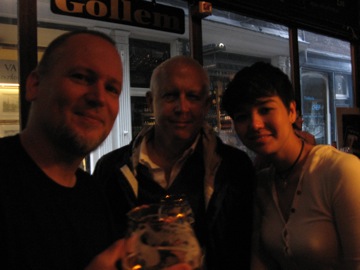 With David and Jesse 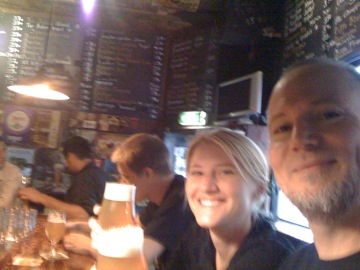 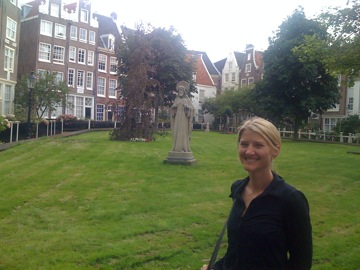 Lesley at the Begijnhof 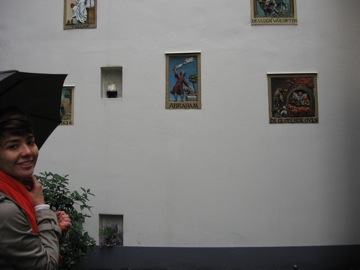 Jesse at the Begijnhof 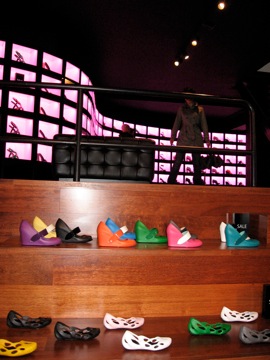 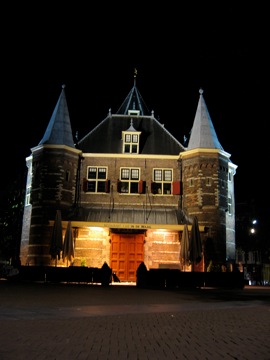 This beautiful building wonderfully typifies so much interesting about Amsterdam. While it is now a bustling cafe full of people enjoying food and drink, it previously housed the doctors guild AND public executions…