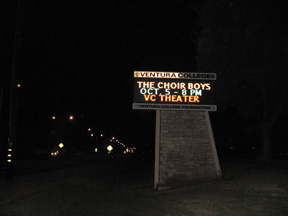 Now there is something you don’t see to often: creative music advertised in neon. I am extremely grateful to Dr. Ollie Powers and Robert Lawson for inviting me to be a guest artist at their faculty music series at Ventura College. My band of choice was The Choir Boys, a collaborative effort between Andrew Pask and myself. You can read about our infamous Holiday Inn gig earlier in the blog. The Choir Boys with Strings idea is all Steuart Liebig…he joked about it at a Cryptonite gig…and there you go…here it is. The addition of G.E. Stinson on guitars and Steuart on contrabass guitars added a whole new level of madness to the proceedings, as well as a lot of fun. Roger Meyer and crew did the lights, which were great.

For the gig, I brought recording gear, and the multi-gifted Wayne Peet engineered. The recording came out quite good, and will be released in January….Wayne is great, he has played on three of my albums, engineered and mastered many pfMENTUM and Angry Vegan records….and I have commissioned him in the past to write choral music for the Ojai Camerata when I was there…my life is better with Wayne Peet in it! He is amazing.

Jeff and Andrew looking for audience…. 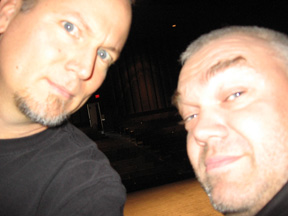 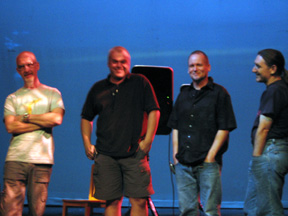 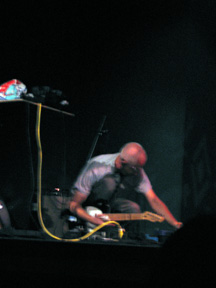 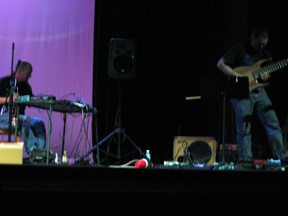 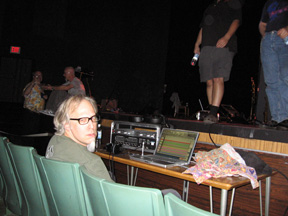 Oh man, the marquee as well…. 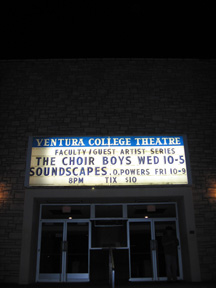