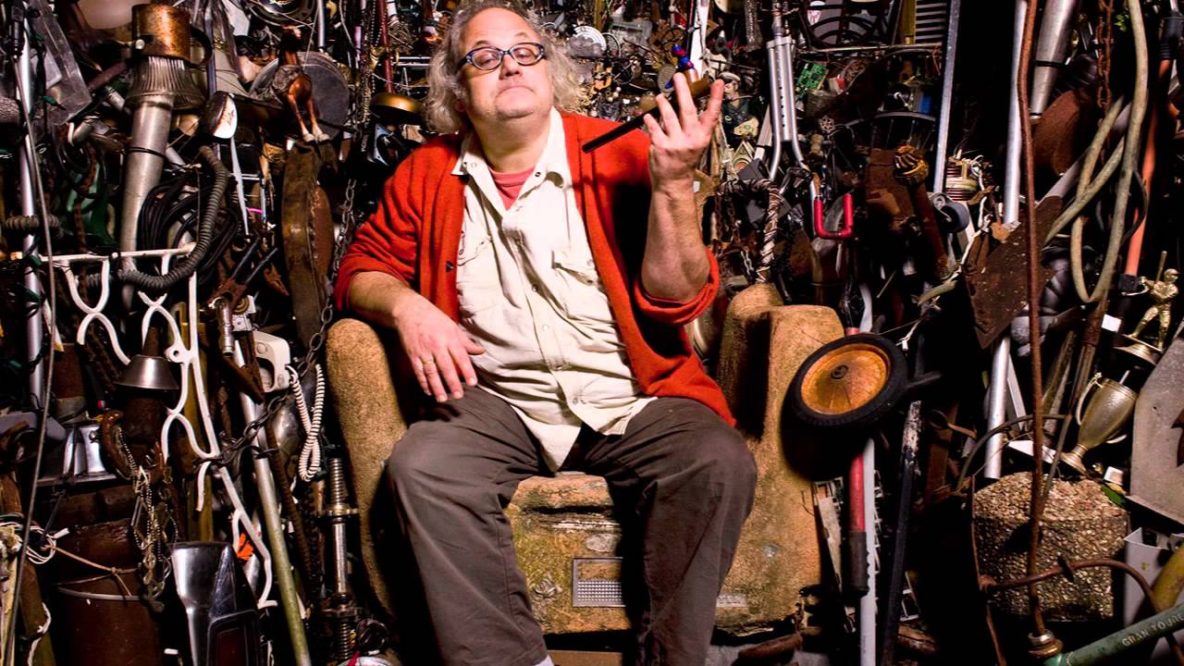 I was recently reminded of this…my bio on allmusic.com. It is not up-to-date…but I love Chadbourne, thanks, Eugene! http://www.allmusic.com/artist/jeff-kaiser-mn0000227053/biography

Jeff Kaiser is a composer, trumpet player, conductor, and private music instructor residing in the cozy town of Ventura, CA, where he does the lion’s share of his performances. More distinctively, he is one of the few former preachers working in the field of avant-garde music and sometimes works the language and hysterics of a fundamendalist sermon into his performance, with delightful results. Despite the raw and wild sound of many of his recordings and performances, he is a classically trained performer with a bachelor’s degree in music composition from Westmont College and a master’s degree in both choral and orchestral conducting from Azusa Pacific University. He has received a number of grants, honors, and awards and runs his own record label. Yet much of his energy is also spent reaching out to the world of avant-garde music at large, producing a concert series that has provided at least one more in the always minimal number of Southern California performing possibilities for contemporary musicians based out of Los Angeles, as well as national and international touring artists. He had recieved the Individual Artist Fellowship from the city of Ventura no less than ten times by 2002, and is a three-time recipient of the Forum of the Arts Grant administered by the Ventura County Museum of History and Art. As a trumpeter, Kaiser is an in-demand collaborator with groups such as the Michael Vlatkovich Brass Trio, the Motor Totemist Guild, Headless Household, the Vinny Golia Large Ensemble, and Dan Plonsey & the Human Behavior Orchestra. He also leads his own ensembles, featuring excellent West Coast players such as percussionist Brad Dutz and guitarist Woody Aplanalp. Kaiser created the musical score and sound effects for the award-winning independent film by Ted Mills, entitled Nowhereland, which has been featured at film festivals in Iceland, Poland, Russia, Ukraine, England, Canada, and throughout the United States. Kaiser‘s work as a composer is also receiving increasing exposure. The title work of his CD Ganz Andere was performed at the opening concert of the 1999 National Conference of the Society for Electro-Acoustic Music in the United States at San Jose State University. The piece “Templum-Tempus” was a runner-up in the Palmares du 26e Concours International de Musique Electroacoustique held in Bourges, France, in 1999. Not surprisingly, however, Kaiser receives most of his income from his activities as a music teacher. He has been a private teacher since his college days, coaching brass, conducting seminars, and presenting provocative guest lectures at numerous middle schools, high schools, and colleges. This includes a stint as a visiting artist and lecturer at Roosevelt University in Chicago. He also finds time to write about music and art, probably when his lip is too sore for further blowing or when one of his students fails to show up. He is one of the leading forces behind the publication pfMENTUM, covering avant-garde music activity in Southern California as well as general philosophizing on this subject. This publication began as a newsletter, but switched to a purely electronic format with the onset of the Internet era. pfMENTUM is also the name of his compact disc label, often using an interesting packaging technique in which the discs are held inside their cardstock covers with a length of string.

“Many fans of avant-garde jazz find his 1997 recording Nothing Is Not Breath: Music for Double Quartet to be one of the best presentations of Southern California improvising talent ever recorded, indicating his superior talents as a bandleader and conductor.”

All of this activity represents a radical break from his upbringing, which was strictly conservative Christian and about as far from the free-wheeling world of avant-garde art as Ventura is from Pittsburgh. Kaiser‘s trumpet work can be linked to the tradition of expressive, forward-looking players such as Don Cherry and Wadada Leo Smith, and on the improvised music scene of the ’90s and early 21st century he remained among a small group of players taking on the challenge of the trumpet, also including the German Axel Dörner. Like the latter artist, Kaiser began branching into electronics, using a bank of effects generators to create loops and orchestral effects, as well as to manipulate the sound of the instrument itself. His performances also include a visual aspect, sometimes including the wearing of an extremely strange jacket with a variety of bizarre objects attached to it. Many fans of avant-garde jazz find his 1997 recording Nothing Is Not Breath: Music for Double Quartet to be one of the best presentations of Southern California improvising talent ever recorded, indicating his superior talents as a bandleader and conductor. It was released on multi-instrumentalist Golia‘s Nine Winds label. He is no relation to the guitarist Henry Kaiser, and also has no connection with the baseball player nor the international scientology lecturer who share his name.